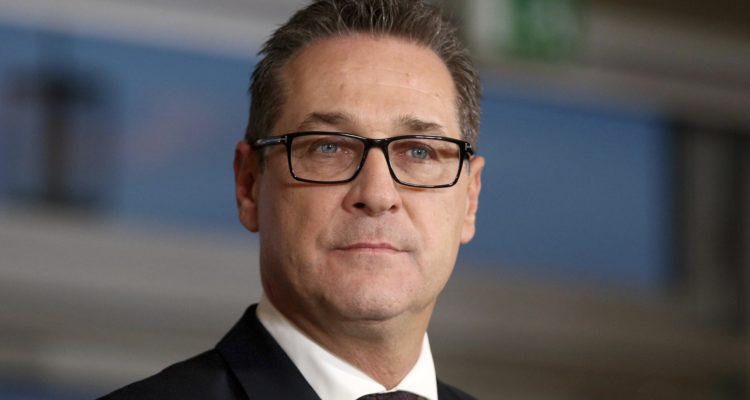 All ritual slaughter should generally be banned, says the leader of the far-right Freedom Party, who is vice chancellor of Austria.

Heinz-Christian Strache, Austria’s vice chancellor and interior minister, wrote on Facebook Monday that he is against the Jewish ritual slaughter of animals, calling it “torture,” Times of Israel reported.

Casting the matter as one of protecting animals, he said it is “an issue close to my heart, which I want to advance!” His post included a link to a newspaper article which showed EU countries where kosher slaughter has been outlawed, according to the Times.

Kosher slaughter is less painful than the standard method because the animal’s neck is cut in a way that renders it instantly unconscious, rabbinic authorities say.

The second-most powerful man in Austria, Strache has seemingly contradicted Chancellor Sebastian Kurz, who vowed last week to allow Jews and Muslims to continue obeying their religious principles when slaughtering animals for food, thus making them the exception to the law that anasthesia must precede slaughter.

Switzerland and Sweden have long banned kosher slaughter, while Denmark forbade it in 2014 and two of Belgium’s regions have recently voted to join the ban beginning next year.

Jewish groups have consistently slammed such legislation as sending “a terrible message to Jewish communities throughout our continent that Jews are unwanted,” European Jewish Congress president Moshe Kantor said after the Belgian vote last May.

Shimon Cohen of Shechita UK, a group that tries to educate the British public about the Jewish practice, had a different take on the issue. Quoted by Miller, he said that Jews in Europe are “collateral damage” in a hidden battle against Muslims.

“One way to curtail Muslim communities without sounding like a racist is to attack ritual slaughter,” he said. “It’s not about animal welfare; it’s a population control issue.”

Halal slaughter is very similar to the Jewish method and they are lumped together in many potential and actual laws.