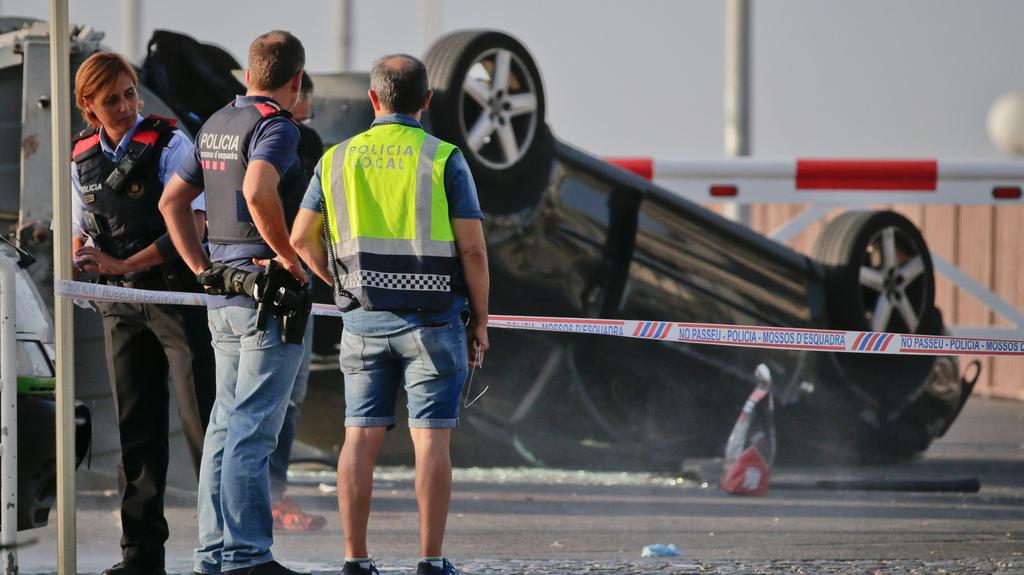 Five suspected terrorists were shot dead by Spanish police last night though the driver of a white van which killed 13 people and wounded dozens of others in Barcelona remains on the run.

Seven people were hurt when a car drove into them in the coastal resort of Cambrils – 75 miles outside Barcelona – but four men said to be wearing explosive belts were shot and killed and a fifth suspect later died in hospital.

Daesh (Islamic State) has claimed responsibility for the attack by the van, which came to rest outside the Maccabi kosher restaurant after mowing down people in the popular pedestrian area of Las Ramblas.

A man initially named by police as a suspect, Moroccan-born Driss Oukabir, was detained last night but according to Spanish reports has denied any involvement in the attack.

Avi Mayer, a spokesman for the Jewish Agency, posted on social media a screenshot of a link to a video on Zionism, alleging a global Jewish conspiracy, which he said had come from Mr Oukabir’s Facebook page.

Daniel Kutner, Israel’s Ambassador to Spain, said: “Unfortunately, our country is familiar with the scourge of terror. However, we will not allow violence and contempt for life to wear off our commitment to democracy and to respect the law.”

Extending condolences to the victims, Moshe Kantor, president of the European Jewish Congress said: “We are yet again witness to another terrorist attack in Europe perpetrated against innocent civilians.

“They are choosing to strike again at our zest for life and our basic freedoms with their cult of death. It is becoming increasingly difficult to prevent this abuse of regular vehicles as their chosen instrument of murder.”

Ronald Lauder, president of the World Jewish Congress, said: “We are monitoring the events as they unfold with care and concern, and are in touch with the local Jewish community and its security groups. We pray that there will be no more victims.”