Europa Europa: Hatred In The Air 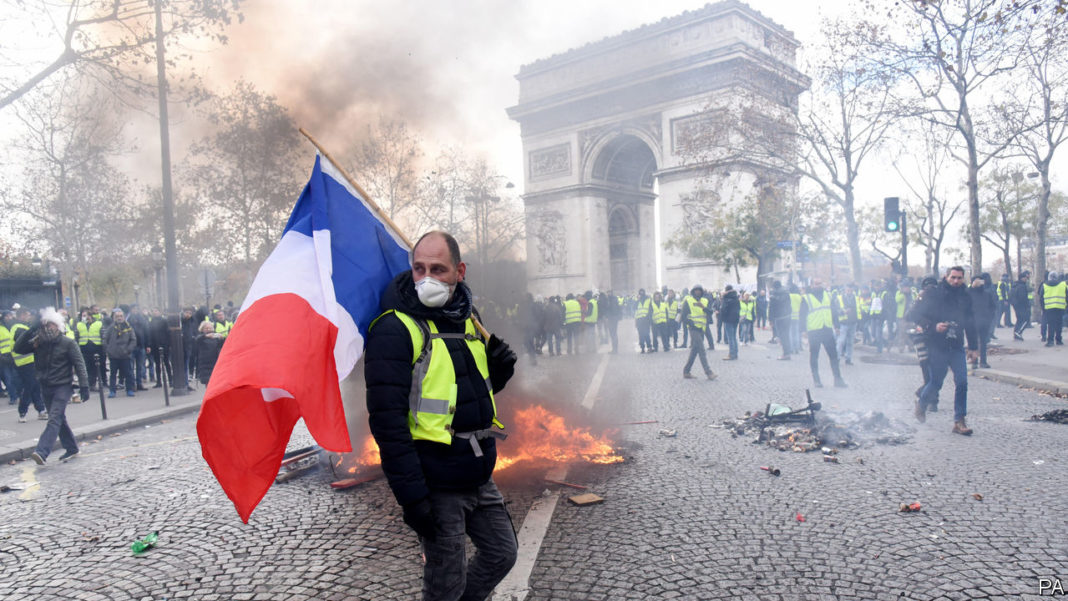 It is clear that Europe’s populist insurgents sense they have reached a critical mass. They are drawing thousands to the streets for demonstrations and they are expecting to make major gains when citizens of the 27-member European Union (minus Britain) go to the polls for a three-day election starting on May 23.

But they are equally clear that they are not expecting to win a majority of the European Parliament’s 701 seats. However, the populists – drawn from the left and right extremes in Germany, France, Italy, Spain, the Netherlands, Sweden, Denmark, Poland and Hungary – have every intention of threatening the dominance of the centrists, whom they perceive as “the elite”.

A Eurosceptic bloc, led by Italy’s far-right anti-immigrant League party, is likely to emerge as the second-largest group in the parliament alongside other populist alliances, including far-left critics of the Euro’s austerity rules.

Speaking after talks with Poland’s nationalist Government last week, League leader Matteo Salvini, heralded a “new European spring”. He described the May elections as “a referendum between the Europe of the elites, of banks, of finance, of immigration and precarious work” against “the Europe of people and labour”.

That little statement is seeded with sufficient code words to raise the amber light of antisemitism among European Jews. But the light has turned to red in France where the gilets jaunes, who derive their name from the yellow hi-vis vests they wear, take time off from their violent, well-organised street anarchy to scrawl graffiti attacking French President Emmanuel Macron.

One huge banner strung across a bridge on the Paris-Lyon highway by the group, which draws its support from the right and the left, bore the legend: “Macron, whore of the Jews.” Other graffiti accused the French President of being “controlled by the Jews”, while some social networks referred to him simply as “President Rothschild”.

There are reports of racism, homophobia and Islamophobia at points where the gilets jaunes congregate to block the traffic, but above all, it is antisemitism that has remained resolute and constant. Posters routinely declare that Macron is “the Jews’ bitch” and “Jewish trash”; and that he is guilty of “colluding with the Jews.”

The gilets jaunes are, apparently, leaderless and their grievances largely inchoate, apart from their obsession with antisemitic sloganeering. The movement was sparked by an increase in fuel tax, but nothing, including the revocation of the tax, seems capable of assuaging their anger.

The incipient movement, when it assumes a more organised shape, may prove to be the seedbed of Europe’s newest – and possibly largest – populist insurgency, providing the platform of political fury to an alienated, relatively poor, apparently hopeless underclass.

The suppurating abscess of hatred should not have surprised Europe’s Jews. According to a report published by the European Union’s Agency for Fundamental Rights (FRA) in December 2018, no fewer than 89% of Jews surveyed said that antisemitism in the EU has risen significantly in the past five years, with 85% saying that antisemitism is the most serious problem they face. One-third of respondents said they chose to stay away from Jewish events or Jewish institutions out of fear for their safety.

The net result is that 38% of European Jews are contemplating the prospect of leaving Europe.

The FRA study is based on the largest survey on antisemitism conducted anywhere in the world. It included 16,400 respondents from all of the European Union’s member-states.

“Decades after the Holocaust, shocking and mounting levels of anti-Semitism continue to plague the EU,” said FRA director Michael O’Flaherty. “Member states must take note and step up their efforts to prevent and combat anti-Semitism. Jewish people have a right to live freely, without hate and without fear for their safety.”

The European Jewish Congress (EJC) said the study “should be a final warning for authorities to act.”

“This report demonstrates an increasingly intolerable level of pressure and abuse that Jews feel in Europe today,” said EJC President Dr Moshe Kantor. “They feel that despite European leaders’ commitment to combating antisemitism the situation has not improved. In fact, it has deteriorated over the last few years.

Why are so few Jews prepared to even report antisemitic incidents to the police or other authorities? Perhaps the answer lies in the conclusion to the study: Antisemitic harassment in EU countries is so common that it has become normalised.

When Hamas and Israel exchanged blows in 2014, it triggered the worst wave of antisemitic violence in Europe since the Holocaust in terms of...
Read more