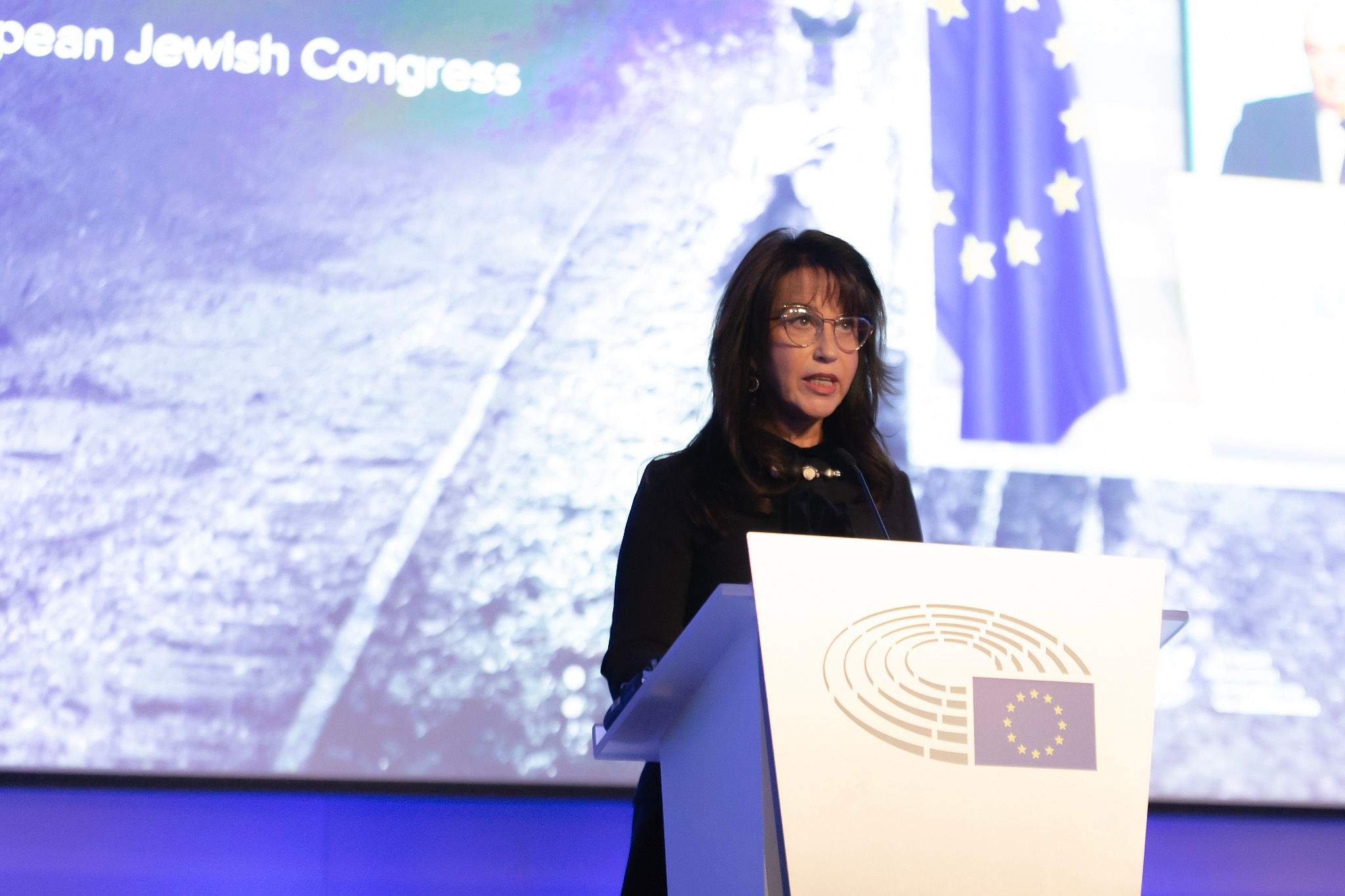 At a Holocaust commemoration event at the European Parliament, Jewish community leaders outlined an unusually pessimistic view of European Jewry’s present and future resulting from anti-Semitism.

The ceremony Wednesday at the European Parliament’s annual International Holocaust Remembrance Day event was the first such event in which European Jewish Congress President Moshe Kantor raised the possibility of Jews leaving Europe amid rising extremism.

Jewish Agency Chairman Isaac Herzog also offered a pessimistic view, calling the reality for European Jews “a raging crisis,” adding that, despite efforts to curb the anti-Semitism , one “can no longer ignore that Jews are unsafe walking the streets of Europe.”

Herzog cited a recent assault in Paris on the Jewish Agency’s top envoy there, Daniel Ben Haim. A security guard tackled the attacker, who targeted Ben Haim because he wears a kippah, Herzog said.

In Kantor’s speech, which was read out for him because he was prevented unexpectedly from attending, Kantor noted a recent poll among Jews in the European Union, in which 38 percent said they had considered emigrating because they did not feel safe as Jews.

Attending the event ahead of the Jan. 27 commemorative day were European Parliament President Antonio Tajani and Susan Pollack, a survivor from Hungary living in the United Kingdom. About 200 attended the event..