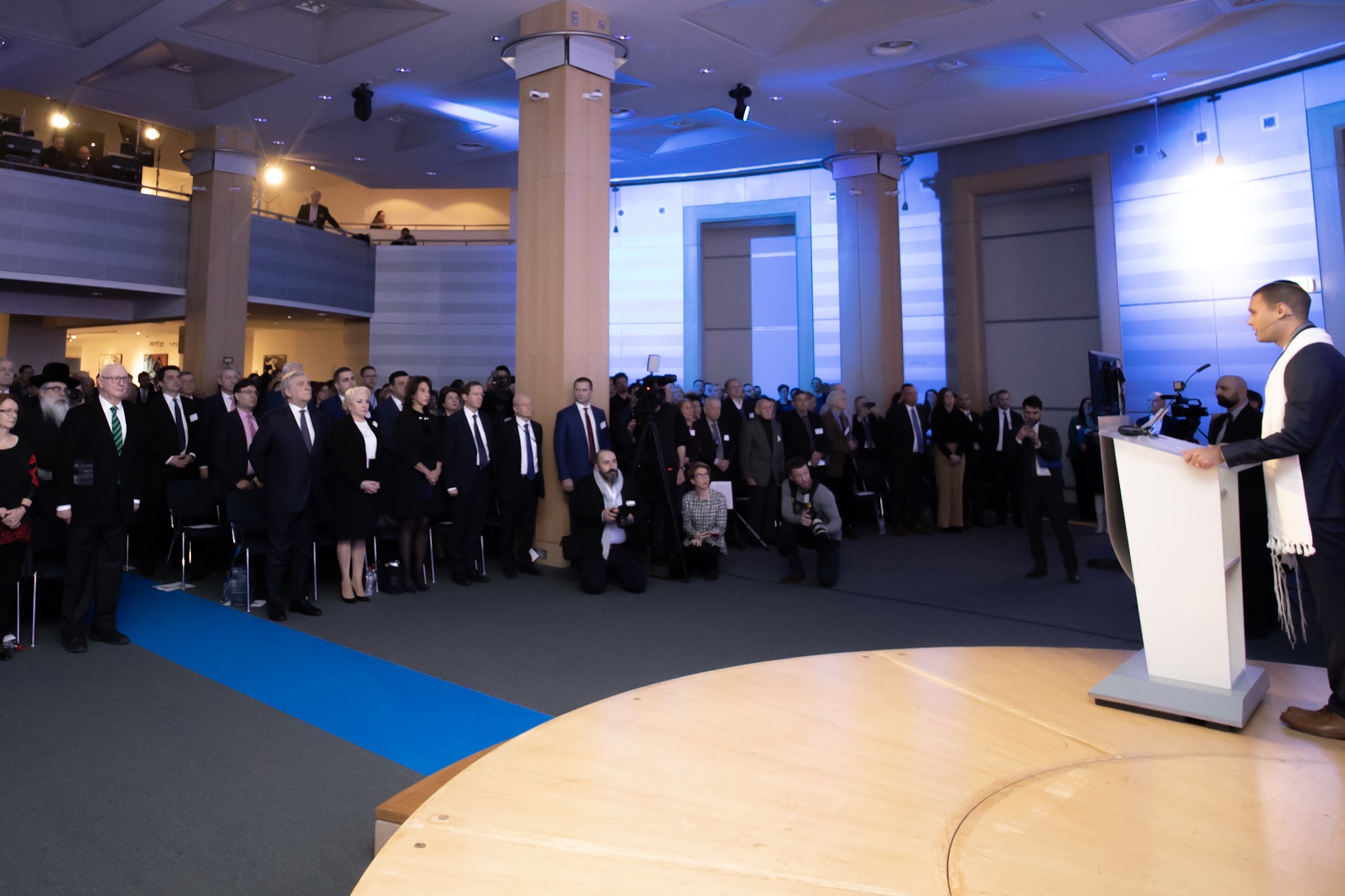 During his address, President Tajani said “Perpetuating memory is essential in healing wounds and avoiding mistakes of the past. The European Union has learned from its history, basing its values on freedom and the centrality of the individual, yet antisemitism is an ongoing issue.”

“The Parliament’s message is clear: there is no place for hatred of any kind in Europe. Together, we promise to reject it in all its forms and continue to give meaning and life to the words: ‘Never Again’.” Tajani added.

EJC President Dr. Moshe Kantor spoke about the necessity for strengthening the moderate and pragmatic political forces in Europe in the battle against rising extremism and antisemitism.

“Today, in the home of European democracy, as we remember all the victims of the Holocaust, I want to call you to action,” Dr. Kantor said. “We must use this opportunity to prepare for the upcoming battle against extremism that is infecting our continent again.”

“We need to work together, united, to rebuild support for a strong European political centre. Europe must never again fall to the extremes. It must be a centre of moderation, of security, and of tolerance. This is the right way.”

“Currently, many of the seeds that were planted before are being planted again: A bad economic situation, the scapegoating of minorities, ideas of extreme nationalism and a weak political centre. The masses are looking again towards dangerous populism,” Dr. Kantor continued, speaking exactly four months before European Parliament elections will take place with expected gains for extremist and populist parties. “Many slogans have also returned: politicians claim to speak “in the name of the people” and to denounce their adversaries as “enemies of the people”.”

“In this new populist wave, the Jews are being scapegoated and victimised again. What was unthinkable a decade ago to us is now a reality in parts of Europe. We turn to our European leaders to join forces in the fight against this evil, so we can all be safe and secure to live and flourish in our communities.” Kantor concluded.

The event was attended by Viorica Dăncilăl, Prime Minister of Romania, the current holder of the rotating Presidency of the European Council; leading European Union officials, heads of European Jewish communities, Holocaust survivors, diplomats and other figures.

Among other speakers at the event were, Isaac Herzog, Chairman of the Jewish Agency for Israel, Prof. Timothy Snyder, Bestselling Author and Professor of History at Yale University, Heinz K. Becker, Member of the European Parliament and Chair of the Working Group on Antisemitism, and Holocaust survivor Susan Pollack.