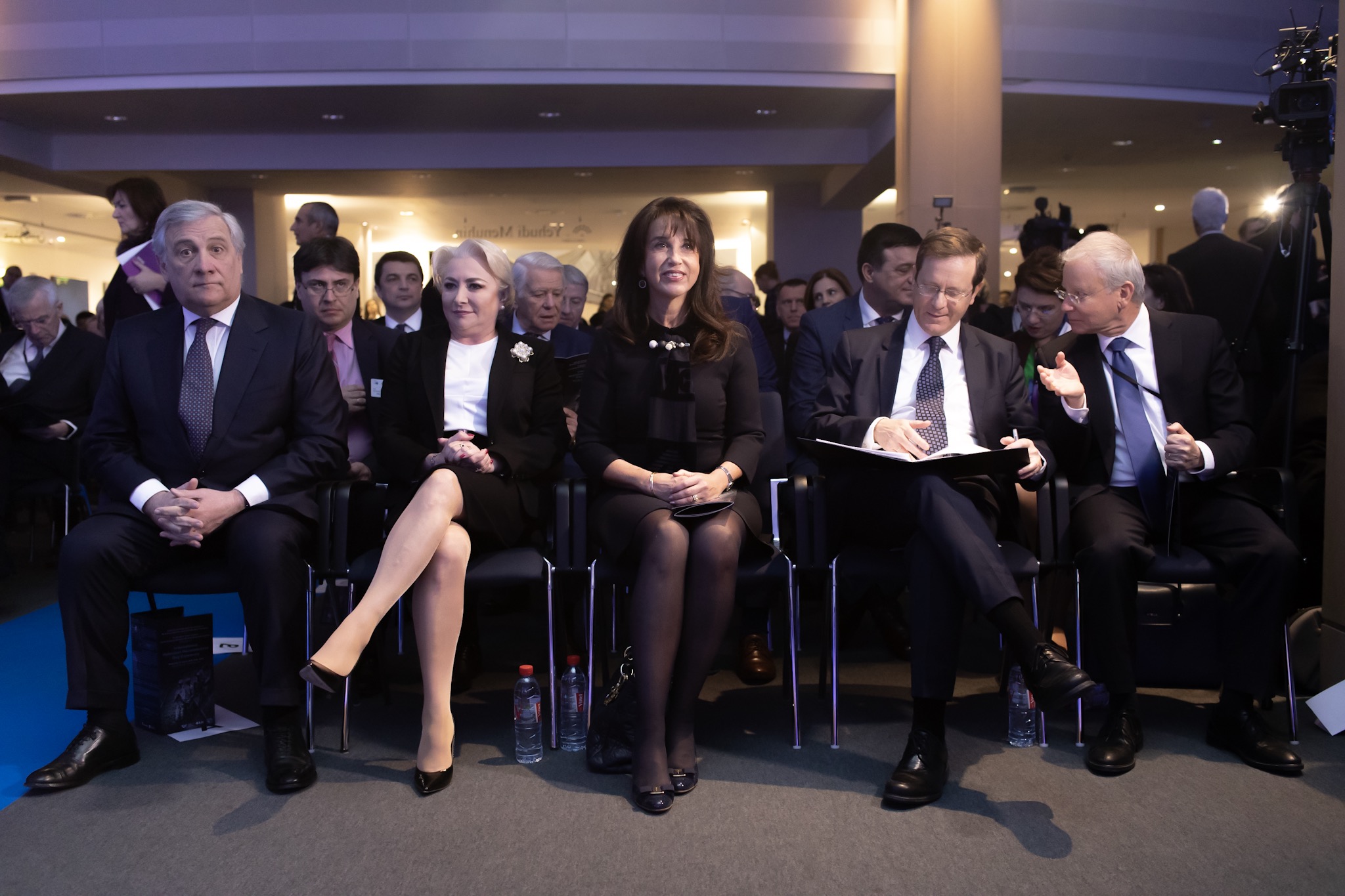 We must continue to remember the Holocaust in order to not repeat the mistakes of the past, said Antonio Tajani, the president of the European Parliament, at an event here marking International Holocaust Remembrance Day on Wednesday.

“Europe has learned from its history, building a future focused on the freedom and the centrality of the individual,” said Tajani. “Yet antisemitism is an ongoing issue. Violence against Jewish communities in Europe is increasing.”

Nevertheless, he said, “We must remain vigilant, and we must not be afraid, because our values and our history are stronger than hatred and intolerance.”

Tajani said that to his “deepest regret,” Jews are continuing to leave Europe, because they feel unsafe.

“This is unacceptable!” he said. “We must act and react. We must reach out to citizens, in particular young people. They are the future of Europe.”

Herzog, who began his role as agency chairman last year, spoke powerfully about the rise of antisemitism in Europe.

“I’d like to state loud and clear: Antisemitism in Europe is now a raging crisis again, and it must be stopped,” Herzog said. “As it pertains to antisemitism, we are facing one of the darkest periods of Jewish history in Europe in recent times.”

Herzog said he respects the efforts of European officials to battle antisemitism, but it is not enough.

“We should not look idly by on the harsh facts,” he said. “Jews are once again unsafe walking the streets of Europe…. We are dealing with a plague.”

European Jewish Congress President Moshe Kantor was unable to attend the event, due to illness, but his speech was read by Raya Kalenova, the executive vice president of the EJC.

“Today, many of the seeds which were planted before are being planted again,” said Kalenova, in Kantor’s name. “The masses are looking again toward dangerous populism…. Jews are being scapegoated and victimized again. The old demons of antisemitism never left. They are only joined today by new manifestations.”

Kantor’s speech called on the audience to take action.

“We must use this opportunity to prepare for the upcoming battle against the extremism infecting our continent again,” he wrote. “We need to work together, united, to rebuild support for a strong European political Center. Europe must never again fall to the extremes.”

Dancila, the prime minister of Romania – which currently holds the rotating presidency of the Council of the European Union – spoke of the steps her country has taken to root out antisemitism and Holocaust denial.

“Preventing this tragedy from happening all over again should represent a major concern for the entire international community,” she said. “We are unfortunately witnessing a worrying rise in antisemitism all around Europe and the world. Attacks against places of worship and against the members of this community represent a phenomenon that we should fight against by taking immediate and effective actions,” she added.

“Only by education and remembrance we may fight against any attempts to deny the Holocaust, as well as any attempts to incite to antisemitism, xenophobia and intolerance.”