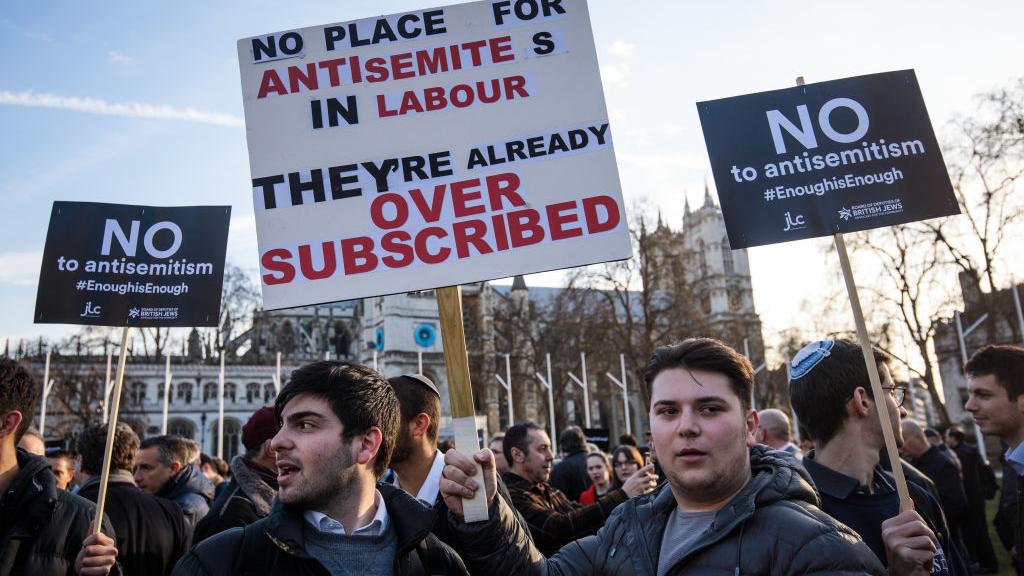 The survey of Jews from the EU Agency for Fundamental Rights, has revealed Jewish people’s experience of antisemitism in Europe is getting worse

Ninety per cent of European Jews feel antisemitism is growing in their country, a major survey has found.

The survey from the EU Agency for Fundamental Rights (FRA) found rising levels of antisemitism across the EU, with antisemitic hate speech, harassment and fear of being recognised as a minority are the modern realities of being Jewish.

The FRA found that harassment has become part of everyday life for Jews in Europe, with 30 per cent saying they had suffered this.

Almost 80 per cent do not report serious incidents to the police because “they feel nothing will change.”

According to the findings, collected from 12 EU countries where more than 96 per cent of the EU’s Jewish population live, Jewish people’s experience of antisemitism in Europe is getting worse.

Ninety per cent of the 16,000 Jews aged 16 or over who were surveyed said antisemitism is growing in their country, and 90 per cent also reported the problem was particularly bad online.

The survey found those who are more visibly Jewish were most affected.

The figures also show that 70 per cent of people found public spaces, the media and politics to be a common sources of antisemitism.

The survey also found that over a third avoid taking part in Jewish events or visiting Jewish sites because “they fear for their safety and feel insecure.

“The same proportion have also even considered emigrating,” the FRA writes.

“Decades after the Holocaust, shocking and mounting levels of antisemitism continue to plague the EU,” said FRA director Michael O’Flaherty.

“Member States must take note and step up their efforts to prevent and combat antisemitism. Jewish people have a right to live freely, without hate and without fear for their safety.”

The European Jewish Congress said the FRA report “should be a final warning for authorities to act.”

“They feel that despite European leaders’ commitment to combatting antisemitism the situation has not improved, in fact it has deteriorated over the last few years.

“This report should be seen by leaders in Europe as a final warning that words are not enough, and now is a time for action.”

The FRA said EU countries “need to work closely together with a broad range of stakeholders, particularly Jewish communities and civil society organisations, to roll out more effective measures to prevent and fight antisemitism.

The FRA called on all Member States to implement EU laws to protect victims and to counter racism into their national law.

The FRA’s survey was carried out from May to June 2018 and builds on the first survey’s results and opinions published in 2013.

It comes after a seven-country study of attitudes towards Jews in Europe conducted by ComRes for CNN, which revealed that a third of Europeans said they knew little or nothing at all about the Holocaust.