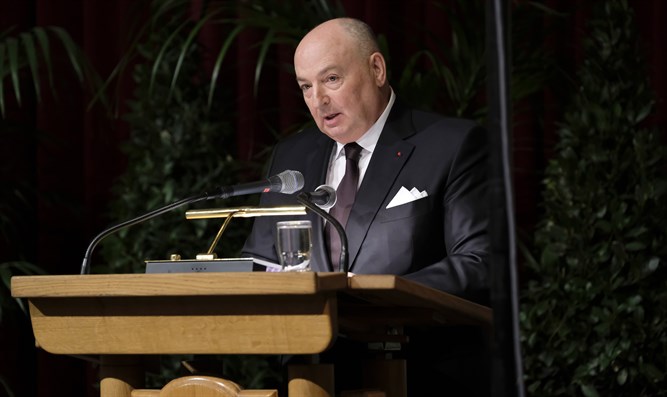 The European Jewish Congress (EJC) on Monday night welcomed the handing down of a life sentence to Mehdi Nemmouche who carried out the attack at the Jewish museum in Brussels in 2014, which took the lives of four people, including two Israelis.

“This appropriate sentence sends a message that terror and antisemitic attacks will be judged to the fullest extent of the law,” said Dr. Moshe Kantor, President of the EJC.

“The attack wasn’t only about the taking of individual lives but also an attack on Belgian society and its Jewish community, so it is vital that the sentence reflects the cruelty and barbarity of these crimes,” he added.

“Following a trial where the resilience of Belgium’s institutions was tested by the use of disgraceful conspiracy theories by Nemmouche’s defence, it is comforting that the harshest of sentences has been handed down and a clear message was sent that terrorists deserve no clemency or leniency.”

The jury also handed down a 15-year sentence for Nacer Bendrer, 30, who was found guilty of being the co-author of the attack because he supplied the weapons Nemmouche used.

“Bendrer’s sentence shows that every terrorist needs a network and if you are part of a network to murder and sow terror you should be sentenced as if you yourself pulled the trigger,” Dr. Kantor continued.

A jury last week convicted Nemmouche of “terrorist murder” for the anti-Semitic gun rampage in the Belgian capital on May 24, 2014, a crime committed following his return from Syria’s battlefields.

Nemmouche denied the charges against him, with his lawyers alleging that the museum shooting was not the work of the Islamic State group but a possible “targeted execution” aimed at Mossad agents.