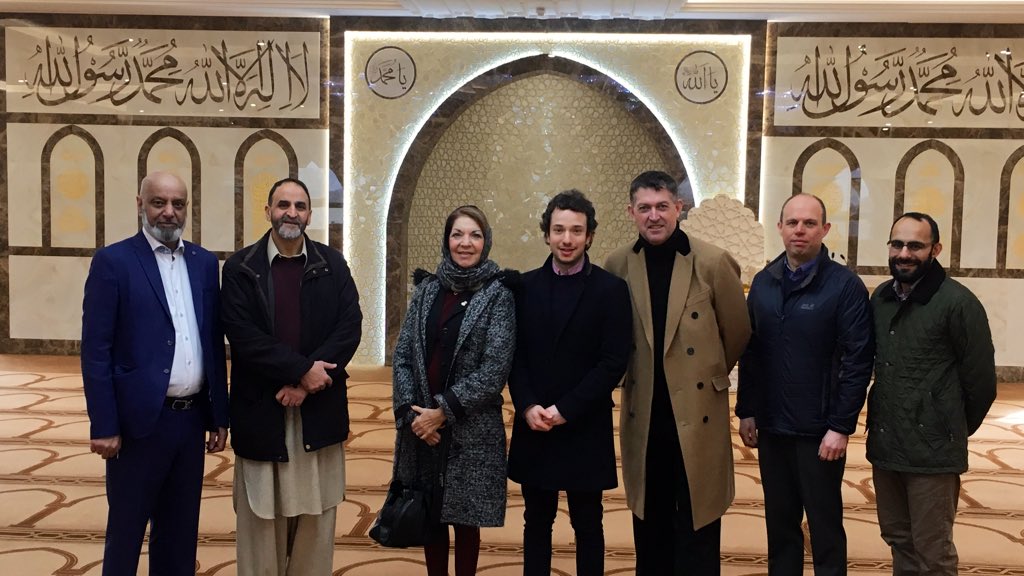 Jewish representatives have joined London’s Muslim community at a mosque vigil for the dozens of Muslim worshippers shot and killed during terror attacks at two mosques in Christchurch, New Zealand.

The Board of Deputies was represented by Vice-President Amanda Bowman, who said she was “standing in solidarity” at the East London Mosque and London Muslim Centre in Tower Hamlets on Friday.

Mayor of London Sadiq Khan and Bishop of London Sarah Mulally were among the many who came to show their support as the city’s Muslim community struggled to come to terms with the mass killing by suspected white supremacists who filmed the shooting.

Henry Grunwald, chair of the UK National Holocaust Centre, quoted survivor Arek Hersh on “the silence of the bystander,” adding: “Society has stood by for too long, which permits today’s appalling events in New Zealand to happen.”

European Jewish Congress President Moshe Kantor struck a similar theme. “For many years we warned that the hateful ideology that has taken so many Jewish lives would go on to orchestrate attacks against other communities,” he said. “Today, tragedy has struck our Muslim brothers and sisters.”

The Christchurch massacre is the latest deadly attack on mosques by white nationalists in recent years. In January 2017, a white nationalist shot and killed six Muslims at a mosque in Quebec, and in June 2017 a man drove a van into worshippers outside Finsbury Mosque in London, killing one and injuring nine.

0
Protesters shouted antisemitic chants, including “dirty Jews,” at a massive demonstration against racism in central Paris, France, on Saturday. The incident, which was caught on...
Read more
In the News

0
Given the typical roster of Daytime Emmy Award nominated shows announced in May to coincide with the 47th annual telecast – talk, game, court...
Read more
In the News

0
The United Nations on Tuesday called on religious leaders to combat "inaccurate and harmful" messages that have spread about minority groups during the coronavirus...
Read more