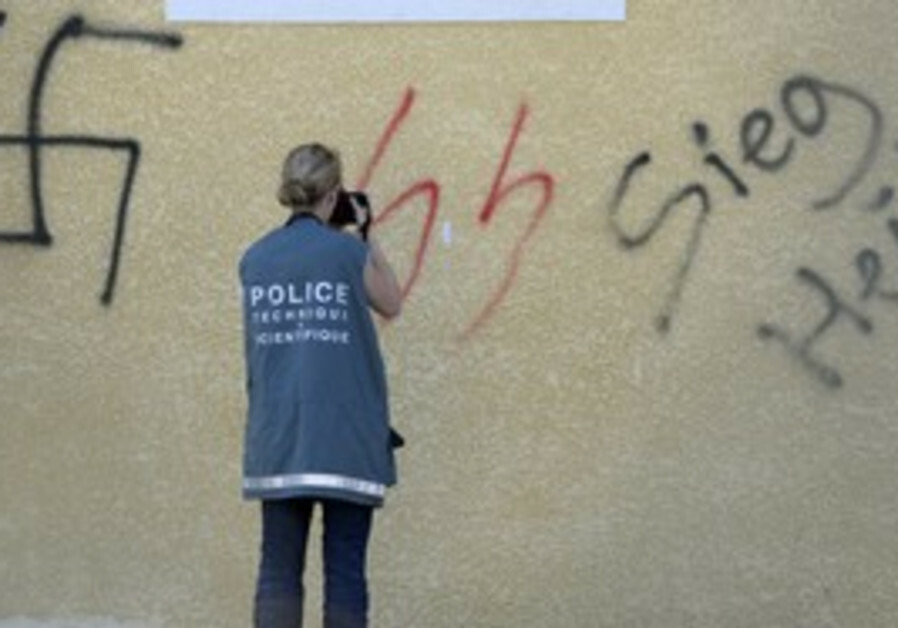 It is time for European leaders to deal with issues of intolerance, because while their economies will eventually be restored, Europe’s soul may not.

Many times in the recent and distant past, history has witnessed examples of tolerance being one of the first victims of any economic downturn. It has been argued by historians that many of the most extreme ideologies of the 20th century acquired power specifically at a time of national or international depression and recession.

Unfortunately, on too many occasions over the years there has been a tendency for racist, anti-Semitic and intolerant forces to find greater interest and popularity on the back of a nation or a region’s poverty.

The economies in certain European nations have become dangerously untenable, and riots and demonstrations have become a feature in many of the continent’s capitals. However, beyond the headlines of the debate over solutions to the economic crises we are already witnessing a rise in intolerance toward minorities in Europe.

A recent national commission of experts in Germany presented a report to the Bundestag showing a disturbing rise in anti-Semitism, not only in extreme right-wing, left-wing and Islamic extremist circles but also in mainstream society.

Since the economy started spiraling downward in 2009, many prominent European officials have felt the freedom to express very troubling anti- Semitic views. These include former German Bundesbank board member Thilo Sarrazin in his book on immigration issues, Karel De Gucht, European Commissioner for Trade, in an interview with a local radio station, and the Metropolitan Seraphim of Piraeus, a Greek Orthodox Church leader, who blamed his country’s financial problems on the Jews.

I have termed this phenomenon “respectable anti-Semitism,” and this form of intolerance has become more prominent even as an atmosphere that has relaxed the borders on acceptable discussion has become more pervasive.

Obviously this atmosphere is not confined to Jews, or confined to mere words, as the number of recent attacks on Roma; Muslim and African immigrants have also risen.

Recent research on far-right groups in Europe showed that almost two-thirds were aged under 30, three-quarters were male, and most tellingly, more likely than average to be unemployed.

Even more troubling is the rise and success of extremist political parties in Europe on the back of the economic decay. In France, Finland, Switzerland, Denmark and Austria, to name but a few, xenophobic, racist and intolerant parties have made considerable political gains in recent elections or are rising in opinion polls ahead of upcoming votes.

Perhaps most disturbing is the inclusion of parties with problematic views and platforms into government.

Most recently, after former Greek prime minister Papandreou’s government collapsed under the weight of economic austerity, the new government includes the extreme right-wing party LAOS, headed by Georgios Karatzaferis, who has made outrageous statements about the Jews and questioned the historicity of the Holocaust.

While none of these events or attitudes is comparable to the ascent of the Nazi Party in 1933, we can not afford to be anything less than vigilant.

Italian philosopher Giacomo Leopardi once suggested that, “No human trait deserves less tolerance in everyday life, and gets less, than intolerance.”

To defeat intolerance, xenophobia and racism, we need to show it no lenience and certainly no tolerance.

Outbreaks of intolerance must be judged severely and we need now more than ever tough laws and punishments against those who target minorities.

European Union and European nations need to strengthen existing legislation against racism and anti- Semitism even at this time while the focus is on rescuing or saving their economies, dealing with rising unemployment and austerity measures.

In 2008, the EU Commission called on all EU member states to adopt model legislation to combat hate and intolerance in their own legal systems.

However, three years later none have done so.

In many ways this will be a great test for the European Union to demonstrate whether the unification of Europe is based on moral and just grounds (and will therefore succeed in its mission), or whether it is merely a commercial union (and as such will not stand the test of time).

The charter’s preamble opens with its self-defined mission as being “founded on the indivisible, universal values of human dignity, freedom, equality and solidarity” before laying out the legal prohibition against discrimination based on race, ethnicity or religion.

It is time for European leaders to deal with these phenomena, because while their economies will eventually be restored, Europe’s soul may not.