Farewell My Friend: Three Things I Learned From Elie Wiesel 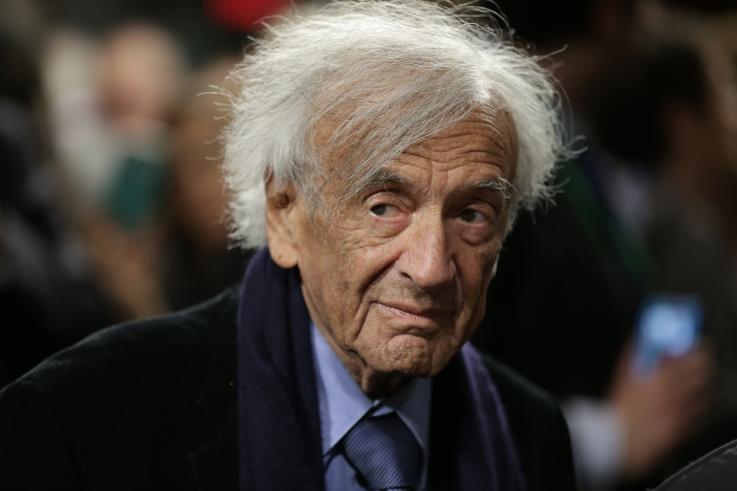 by Moshe Kantor, President of the European Jewish Congress

The great French writer Victor Hugo once said that “adversity makes men.” There is no one in the history of humanity for whom this is more true than the late great Elie Wiesel. The world has lost one of its premier moral voices. His early life was fashioned in darkness, but he brought light to our world with his words of hope and peace.

His courage to see good when he saw so much unspeakable evil should remain a legacy, not just for the Jewish people, but for mankind. Our view of life can be determined by interactions with extraordinary people. If you are lucky, each of us will meet one person who will change our world. For me, that was Elie Wiesel.

I will always remember three things he said in our conversations that have defined my outlook on life, and influenced the way I lead the Jewish community in Europe.

The first was that “when it comes to the Jews, everything is serious”. He repeated this three times, each time with greater emphasis, to make the message penetrate deeply into my consciousness.

I have thought long and hard about the implications of this sentence which is profound in its simplicity. You might think that someone who has experienced the absolute worst of humanity would only be worried about the most high-profile issues. But, that was not his insight. He knew that man’s descent into the abyss is gradual, not immediate. It is the little things that we must guard against, for very soon they become big.

The casual everyday anti-Semitism and bigotry that slowly creep into and pollute our society. Rudy Giuliani made famous the “broken windows” theory of criminology while mayor of New York. Small crimes, if unchecked, become bigger crimes. This was Elie Wiesel’s message-do not ignore the little things. The Holocaust did not start with Auschwitz.

The second inspiring message was his insight that “the life of any person does not consist of years, months and days; life consists of moments determining life or death, grief or happiness, humiliation or triumph of spirit.”

As King Solomon said, “all are of the dust, and all will be turned to dust again.” It is not our material possessions that truly matter, but we do with our time on this earth. Do we use our wealth, influence and power for good, to help others and make the world a better place?

In the Jewish tradition, in the days leading up to Yom Kippur, we recite daily a psalm proclaiming that “from the depths I cried out to you.” Only when we are at rock bottom, when we are at the depths of our existence, can we truly understand the meaning of our life and what we are here to do.

This is a theme echoed by another great Holocaust survivor, the psychologist Viktor Frankl, who in his seminal work Man’s Search For Meaning found meaning in the small mercies that Auschwitz camp inmates showed to one another; a morsel of food here, a tender embrace there. It is a cliché to say that “what does not kill us makes us stronger,” but this cliché, no less true for that, must have been coined with Elie Wiesel in mind. Whenever life seems difficult, when spirits are low and the problems of our world weigh heavily on my shoulders, I recall the example he set and it gives me the strength to achieve the impossible.

Lastly, I shall never forget the words Elie Wiesel said to me during one of our visits to Auschwitz. He said that “when I first came to Auschwitz on the train and saw the ashes rising from the chimneys of the crematoria, I said to myself, ‘It is not possible that the world will let people be burned this way in the very centre of civilized Europe in the middle of the 20 th century.’ But the world let it happen.”

Seventy years on from the Holocaust, his words ring in my ear like a siren. Will mankind ever learn from the past? We have the far-right gaining in popularity across Europe, fascism on the ascendance in the U.S., Islamic extremism tearing through nearly every country on earth. Now more than ever we must listen to Elie Wiesel.

Seventy years ago he could not believe the world let it happen, but they did. In 2016, we cannot believe that the world will let it happen again, but surely they will. Today more people face political and religious persecution, terror and violence, than at any other time in history. Jewish communities once again live in fear across Europe, anti-Semitism is on the rise. We ignore his message at our peril.

It is vital that his words are remembered, his acts replicated and his memory treasured. Farewell my friend. You will live in our hearts forever.