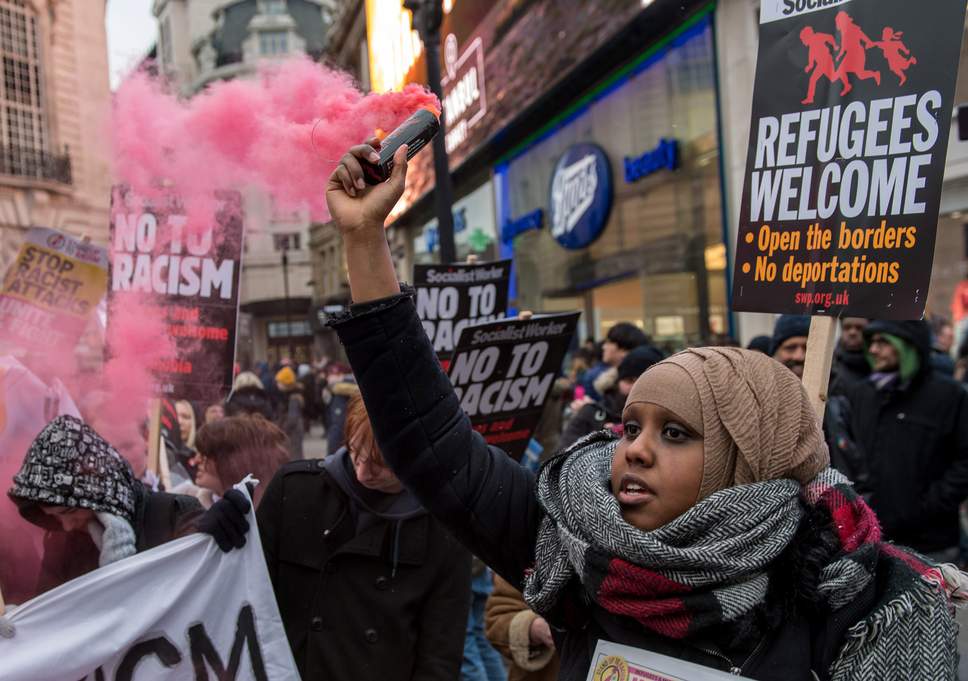 by Moshe Kantor,
President of the European Jewish Congress

Europe is in a flux. We are living through the most politically and economically uncertain period since the end of World War II. The famous Chinese curse “May you live in interesting times” could not be more apt. Whilst a new Prime Minister starts work in the UK, whilst the UK grapples with its exit from the EU and whilst the EU comes to terms with how to protect the Union, it is important that we do not lose sight of what is at stake for the security of our continent.

Moments of global tension are often followed by increased discrimination and intolerance, but instead of allowing this trend to continue we must use the UK vote to leave the European Union as an opportunity to usher in a new era of solidarity throughout Europe.

The aftermath of the UK’s decision to leave the European Union has been marked by a rising tide of hate crimes according to the UK’s National Police Chief’s Council. Since the referendum result, London alone has seen a 50 per cent rise in the number of hate crimes reported with a total increase of 42 per cent across England and Wales compared to last year. To some, the promise to ‘take back control’ has been interpreted as an opportunity to repatriate foreign nationals, causing the general public to undermine the UK’s commitment to diversity and tolerance.

But the trend is not unique to the UK. Across Europe, the ongoing migrant crisis has stirred up unrest and heightened tensions between migrant groups and local communities. Germany, long a bastion of tolerance and social-cohesion, has seen a pronounced increase in hate crimes. In 2015 the number of violent racist attacks nearly doubled when compared to figures for 2013. France has also experienced a rise in hatred and violence against immigrants and this has been replicated across the continent.

And then of course there is the continued worrying increase of anti-Semitic violent and non-violent attacks against Jews, which is evident in every country with a significant Jewish population, especially the UK and France. The Moshe Kantor Centre at Tel Aviv University has shown attacks on Jews to be worryingly high. The French Ministry of the Interior found that in 2015, despite making up just one per cent of the French population, the Jewish community was subject to 40 per cent of all racist attacks.

For too long, anti-Semitism, hatred and intolerance have been Europe’s companion, tearing at the fabric of our social cohesion. These vile expressions of bigotry strike at the core of our European values. Values, such as the respect for human dignity, liberty, democracy, equality, the rule of law and respect for human rights, including the right to belong to minority groups.

The UK now has a new Prime Minister and soon we will also see a new US President. These global leaders, and many others from Austria to Australia, are entering a period where strong and effective leadership is being undermined by populist far-right movements, where a mass of people are turning in-wards and where the politics of fear and division is reigning supreme. It is perhaps no coincidence that the UK-EU referendum lead to a spike in hate crimes as much of the rhetoric was incendiary and divisive. It is now time for leaders to exercise restraint and demonstrate responsibility, to rebuild our social fabric and not demolish it further. Not only a strong, but also a more responsible leadership is what Britain and Europe need today.

In order to protect our societies against the haters and turn back the tide of intolerance we need concerted political, enforcement and economic action. We must insist our leaders are steadfast in their rejection of those in our societies looking to promote hatred and fear. This involves tough uncompromising rhetoric, but also support for law enforcement and the judiciary to arrest and prosecute those in our midst that seem to harm others based on their race, religion or political views.

We need tougher legislation to bring extremists and their sympathisers to justice, and we need better intelligence cooperation between countries so that terrorists and those who aid them do not slip through the net. The data from the Moshe Kantor Centre and other organisaions must not be ignored. In addition, we also need to demand that our leaders address the economic problems that are allowing bigotry and extremism to thrive. Clearly economic factors alone are a very poor excuse for hatred, however, it is also clear that rising inequality and extreme poverty provide fertile ground for extremist leaders – from the far-right, far-left and also from Islamists groups – to brainwash and recruit young men and women to commit atrocities at home and abroad.

Most importantly we need strong leaders in every country who can enforce these limits, encourage their citizens to live by our European values and be a united force against the hatred and intolerance that is infecting our society.