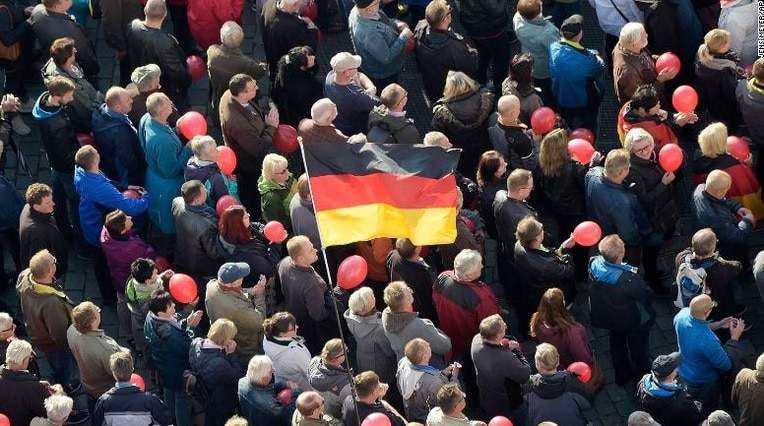 Editor’s note: Moshe Kantor is president of the European Jewish Congress and the World Holocaust Forum Foundation, which is holding an event on International Holocaust Remembrance Day, in January 2020 in Israel, which will be attended by world leaders, titled “Remembering the Holocaust, Fighting Antisemitism.” The opinions expressed in this commentary are his own.

Numerous historians have concluded that Kristallnacht, the “Night of the Broken Glass” in 1938, changed everything. During a single night throughout Germany and Austria, almost one hundred Jews were murdered, hundreds of synagogues destroyed, thousands of Jewish shops and businesses ransacked and tens of thousands sent to concentration camps.

Jews had been subjected to discriminatory laws, like restricting their rights of profession, education and citizenship, since 1933, when the Nazis came to power.

This legal, racist oppression was coupled with physical attacks, which in turn led to hundreds of thousands of Jews fleeing as refugees.

Nevertheless, that night on the ninth of November, 81 years ago, has been considered the beginning of the Holocaust and the attempted annihilation of European Jewry.

Kristallnacht did not take place in a vacuum. It was a carefully arranged pogrom that was given a “green light” by an event that took place exactly four months prior.

In July of that year, the Evian Conference, attended by representatives from 32 nations, was convened at the initiative of the US to discuss measures to take against the oppression and exodus of the Jews of Europe.

Catastrophically, due to political and diplomatic differences, the conference ended without agreement and no remedy or measures were taken. Those who would unleash unimaginable horrors understood that the world would not stand in their way. Inaction left Europe’s Jews to their fate.

Today, eight decades later, Jews around the world find themselves in the most precarious position since humanity’s darkest chapter. Last year, from Pittsburgh to Paris, Jews were murdered simply for who they are. The perpetrators may subscribe to divergent ideologies, but their raison d’être is identical, to end the life of as many Jews as possible.

These are the foreboding trappings of a community in danger and unsure of its safety or security.

While the situation is not the same as eight decades ago, the signs are there nonetheless and becoming ever more worrisome. Only a few days ago, the German city of Dresden declared a “Nazi emergency” after years of violent attacks on Jews and other minorities, and a white supremacist was just arrested by the FBI for allegedly plotting to bomb a synagogue in Colorado.

Eighty-one years ago, the disagreement, disunity and inertia of the international community allowed antisemites to act wantonly and freely. Today, while the perpetrators are largely private individuals and not state actors, the lessons that we must learn remain.

The Jews of the world must know that there is now a courageous and moral majority that stands solidly alongside them. For this, we need an international effort to confront anti-Semitism.

Leaders need to cut off the oxygen given to those who seek to perpetrate attacks against Jews and spread their hate. There must be recognition that anti-Semitism is not the purview of one group or one particular ideology, but has a long and bloody history spanning numerous outlooks and worldviews.

Anti-Semitism corrodes the foundations of democratic societies. As history has taught us, hatred begins with Jews, but it never ends with Jews. There needs to be a new comprehensive undertaking to end a felonious tolerance of hate and racism, whether against Jews or any other targeted minority.

If eight decades ago international disunity led to violence and bloodshed, then a common sense of purpose with a clear road map of measures will protect and save lives today.

“The Working Definition of Antisemitism” adopted by the International Holocaust Remembrance Alliance (IHRA) and by several of its member states, should become universally accepted in its entirety.

It is this: “Antisemitism is a certain perception of Jews, which may be expressed as hatred toward Jews. Rhetorical and physical manifestations of antisemitism are directed toward Jewish or non-Jewish individuals and/or their property, toward Jewish community institutions and religious facilities.”

There should be zero-tolerance for antisemitism and other forms of hate. Freedom of expression is a vital value, but the right to life, safety and security is paramount. Time and again, those who shed the blood of Jews have been fed incitement, lies and myths against the Jewish people. Such vile hatred flourishes today on social media and in online chat rooms.

No one is born to hate, so we must inculcate against intolerance. It begins with education.

We must teach to value difference and ensure that dangerous propaganda spreading violent hate is utterly unacceptable.

The global Jewish community is facing unprecedented challenges to its future. Especially in Europe, where communities managed to survive the greatest industrial genocide in modern history, Jews need an international alliance against anti-Semitism.

The world and its leaders must ensure this is never again repeated.

As Elie Wiesel once said, “Silence encourages the tormentor, never the tormented.”

The Battle Against Antisemitism Is The Battle For Europe’s Future

0
There is no Europe without Jews,” Frans Timmermans, first vice-president of the European Commission, said two years ago. Unfortunately, the second European Jewish community, in...
Read more