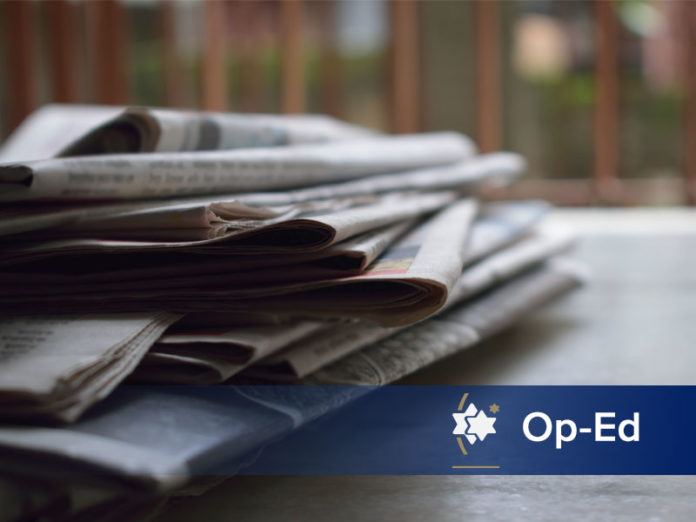 With a heavy collective heart, Britain’s Jewish community finds itself front and centre of public discourse. Given the community’s tremendous contribution to society, it is distressing to see antisemitism take such a central role in the General Election campaign. Just a few years ago, such a scenario would have appeared impossible to most British Jews.

Yet, we face almost daily reminders that the age-old scourge is raising its ugly head once again. Just last week, a video went viral showing a Jewish family with children appearing to be verbally assaulted on the London Underground. They were publicly demeaned simply for being Jewish, branded as “Satan” and responsible for all manner of gruesome acts.

It made me think of so many Jewish children in the UK, who attend identifiably Jewish schools. These are excellent, warm educational institutions. Yet, for these children, going to school means passing through high walls topped with barbed wire, security cameras menacingly following every move, entering through 5in-inch thick glass doors and a security system like those in airport terminals.

THIS is true of every Jewish institution, be it synagogue, old age home or kindergarten. Like the hateful man on the Tube, these necessary protective measures send a sad and worrying message to British Jews that we are not welcome. Our children are growing up feeling that their place in society is insecure and their future perhaps would be better elsewhere.

This has only been reinforced during the past few months, as the issue of antisemitism has entered mainstream discourse. We have all seen the recent debates, accusations and counteraccusations. Perhaps worst of all, too many have responded by telling Jews that talking about the hatred directed against them is the problem. Jews are told they raise concerns as part of some sort of nefarious agenda. Unique among all minorities, not only hatred against Jews and attempts to combat it are weaponised.

The Macpherson Report in 1999 after the brutal murder of black teenager Stephen Lawrence, defined a racist attack as “any incident which is perceived to be racist by the victim”. It appears that when Jews are involved, this rule is thrown out of the window.

While the horrific murder of Jews recently witnessed in the US and France has mercifully avoided the UK, trends demonstrate that antisemitism is increasing. Last year saw the biggest rise in antisemitic attacks since the recording of incidents began.

Meanwhile, a recent survey shows that one in 10 Britons harbours extreme antisemitism, based on their agreement with a series of antisemitic tropes. The signs are worrying. Our history shows that antisemitism rarely ends in words. And as many have remarked, it doesn’t stop with the Jewish community but with society as a whole.

AS SUCH, it should never become simply a talking point. For UK Jews, it affects our everyday lives. To convince the Jewish community that our future remains in Britain, the next government must take concerted action against antisemitism and its perpetrators.

It must understand that it is deeds, not diatribe which will win the confidence of the Jewish community. The following practical steps would be a meaningful step in the right direction.

Firstly, a continued commitment to financial support for security at Jewish institutions. This is needed now, perhaps more than ever

Secondly, more robust procedures to combat online antisemitism, with Germany a good example of where legislation against online hatred can make a difference. There should be no more tolerance for the intolerant.

Thirdly, greater penalties for those who engage in hate speech against minorities. Stronger powers are needed for law enforcement and harsher sentences against those who target Jews.

Fourth, there should be greater funding for Holocaust education which already takes place in UK schools.

Lastly, the UK should adopt explicit laws against Holocaust denial, as France did during the 1990s. The darkest chapter in human history should never be a historical question mark.

British Jews find themselves in the most precarious position in living memory. Their fears are real, but they can be alleviated. Jews can once again, feel welcome. But only action, not words will help resolve the crisis of antisemitism. The power to do so lies in the hands of our next government.

Opinion: The Islamic Republic's aggressive actions over the past five years and its efforts to destabilize the region are clear and it would use...
Read more