The Power of Words in the Battle Against Hate 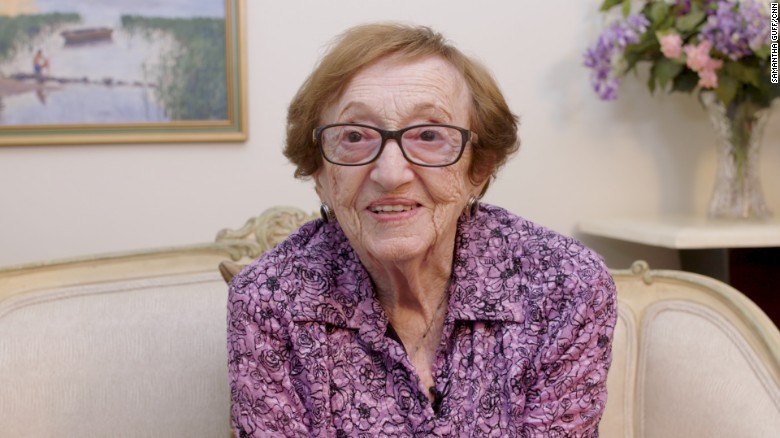 As a European Jewish leader who regularly calls out anti-Semitism, I am sadly all too familiar with those who dismiss verbal assaults on Jews or the Jewish people as mere rhetoric, some sort of misunderstanding or as the rants of unimportant extremists.

However, as a student of history, I know very well that when Jews are being openly attacked, violence can and frequently does follow.

Sadly, the Jewish people all too frequently have had bloody reminders about the power of words – whether it was religious leaders in medieval times who roused their congregations to plow through Jewish quarters in a sacred frenzy or the continuous blood libels, which led to countless massacres and brutal expulsions.

Yet, many others do not recognize the distinct correlation between incitement and violence.

In 1922, a New York Times article quoted “several reliable, well-informed sources” saying: “Hitler’s anti-Semitism was not so genuine or violent as it sounded.”

Of course, few, if any, could have predicted what was to befall European Jewry and others in the years to come. Nevertheless, one lesson we can learn, perhaps belatedly, is that when someone speaks about a people or group in vicious, dehumanizing and even genocidal terms, we must understand the power of their words.

“The power of words” is the theme of this year’s International Holocaust Remembrance Day, marking 73 years since the liberation of Auschwitz-Birkenau – the largest Nazi concentration and death camp – and it perhaps cannot come at a more crucial time.

Physical attacks on Jews in Europe are generally preceded by verbal attacks. Every person who has attacked Jews violently in the last few years has a clear record of receiving and disseminating violent anti-Semitic abuse, whether neo-Nazi or Islamist terrorist.

While hate speech and incitement is far too often dismissed as bigoted ranting or merely painful words, it can also serve as an important warning sign for much more severe consequences.

Almost every genocide, ethnic cleansing or inter-ethnic conflict in modern history was preceded by violent words. We witnessed inflammatory public speech rise steadily before outbreaks of mass violence, whether in Nazi Germany, Rwanda or in the former Yugoslavia.

What is also true of all of these instances is that the incitement and hate speech was widely known before the violence began – yet it was largely ignored or dismissed.

While many will say that most extremists in Europe are peripheral and completely incapable of attaining any semblance of power, many more thought that of Hitler in the 1920s.

In fact, today, from Le Pen’s National Front in France to Jobbik in Hungary, to Golden Dawn in Greece and the Freedom Party in Austria, anti-Semitism, anti-immigrant and xenophobic parties are on the march, literally and politically.

These parties are in almost every example rapidly increasing their support nationally and inching ever disturbingly closer to the hearts of mainstream disgruntled supporters who express disdain for the mainstream.

With this in mind, it is incumbent for Europeans to try to find a way to stop the hateful rhetoric of these parties and their leaders, while maintaining the values of our continent.

We cannot stand behind a complete and unfettered freedom of speech because lives are in danger, and other freedoms and rights are just as important. Dozens of researchers have found a clear correlation between xenophobic, racist and hateful speech, and violence, not just in the past, but also in the present.

Violence may be prevented, then, by interfering with this process in any of several ways: hindering the speech, restricting its dissemination, undermining the credibility and integrity of the speaker, or “inoculating” the audience against the speech so that it is less influential, or dangerous.

If, decades ago, incitement was delivered in city squares and on marches, today’s invective is far more likely to be delivered online, ensuring that the message is multiplied and disseminated to untold millions. Hate speech and incitement online has a far more powerful and multiplying effect on social networks.

We must act against words that cause violence in ways similar to the way we would act against the violence itself. Just as we would stop a murder on its way to being carried out, we must see those who call for violence as part of the process that can far too frequently lead to injury or death.

This is perhaps our greatest challenge. We must learn from the past to defend ourselves and our values in the present.

Our continent has produced some beautiful works of words, whether it is William Shakespeare, Albert Camus, Hans Christian Anderson or Leo Tolstoy.

However, there have also been Adolf Hitler and Slobodan Milošević, who used words to incite, harm and kill.

Words can make a difference to our lives and the future direction of our continent and societies, for good or bad.

When we say “Never Again!” we don’t just mean the death and concentration camps, we also mean the language and rhetoric that led up to the genocide, millions inculcated with a hatred against Jews and others.

Words have power. Let’s use them not to incite, vilify or divide, but to remember, educate, inspire and unite.

0
Editor’s note: Moshe Kantor is president of the European Jewish Congress and the World Holocaust Forum Foundation, which is holding an event on International...
Read more