Kantor: Public Must Be Made More Aware Of Tolerance 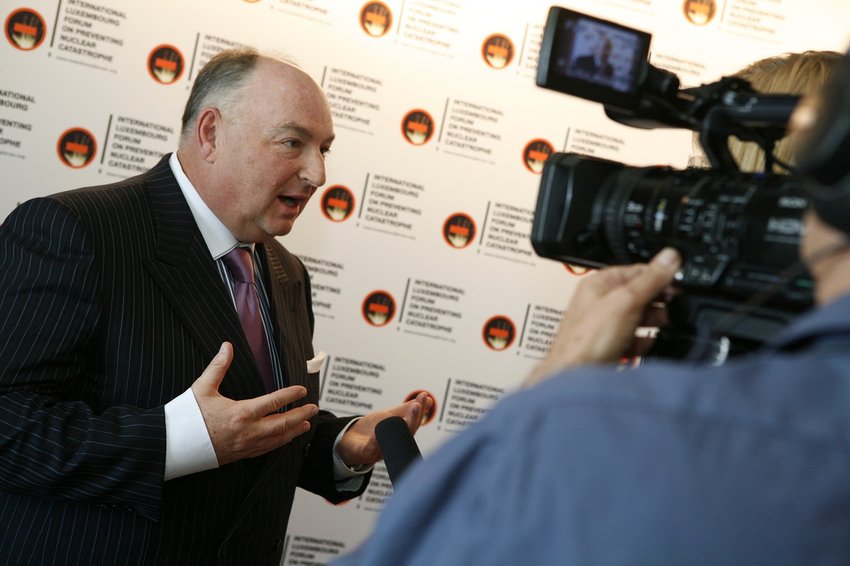 The European Council on Tolerance and Reconciliation (ECTR) held a round table meeting in Moscow on October 25, 2011. Russian and international experts discussed issues of paramount importance connected with the current status, aspects and promotion of tolerance in Europe and in Russia. The experts also touched on such topics as the boundaries of tolerance, nuclear tolerance and secure tolerance in order to prevent a clash of civilisations.

Emphasising the urgency of the notion of secure tolerance, ECTR Co-Chairman Viatcheslav Moshe Kantor noted that today the very notion of national security is vanishing. According to Kantor, “it is impossible to imagine the security of any country, regardless of its power and geographical position, if it limits its own perspective on the security only to its national borders. National security is giving way to global security. It is vital that the public be made more aware of the notion of tolerance. Tolerance must be limited primarily by security requirements.”

Kantor said that “the Centre for Tolerance is perhaps one of the major humanitarian projects of the 21st century. This Centre must be the result of profound cooperation between the EU, Russia and the U.S., and cooperation is a prerequisite for its success. Our task is to create a bakery that will continually turn out buns called “laws and provisions on tolerance.” This will be a practical centre to prepare practical laws, regulations and rules of behaviour in every area where tolerance is important. Tolerance is important in every sphere of human activity – from nuclear deterrence, nuclear tolerance and boundaries to migration processes.”

One of the key issues discussed by the round table was the process of interethnic reconciliation. According to Kantor, “legitimising the reconciliation process establishes the grounds for development. If we can transfer this to a legitimate area, then any political leader will be able to say to his or her opponent: “Because of my political experience and my political doctrine, I personally cannot agree with the opponent, but following the letter of the law I must act accordingly.” We want to depersonalise the process of reconciliation. No politician should be responsible for it. This must be regulated by law.”

Closing the meeting, participants agreed to hold a large-scale conference on tolerance in Kazan (Russia) next year to mark the International Day of Tolerance.

The European Council on Tolerance and Reconciliation (ECTR) was established on October 7, 2008 during its first meeting in Paris. As a tolerance watchdog, the ECTR prepares practical recommendations to governments and international organisations on improving interreligious and interethnic relations on the continent. The Council is one of few international organisations focused on fighting xenophobia, anti-Semitism and racial discrimination in the modern world.

On November 9-16, 2008, the ECTR was among initiators and organisers of a series of events held as part of the European Week of Tolerance on the occasion of the 70th anniversary of die Kristallnacht and the International Day for Tolerance.

In 2008, the ECTR established a European tolerance prize called the Medal of Tolerance. The first European medal of tolerance was conferred on October 11, 2010 on the King of Spain Juan Carlos I for his lifelong dedication and devotion to the issue of tolerance and political reconciliation.

The ECTR was one of the initiators and organisers of the international conference “Towards Reconciliation. Experiences, Techniques and Opportunities for Europe,” held on October 24-25, 2010, in Dubrovnik, Croatia.