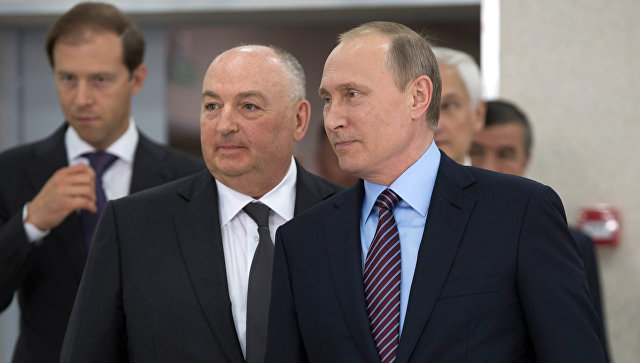 The EJC President commented after the meeting :

“I am honoured to have an audience with President Putin today. We spoke in depth about the difficulites faced by European Jewish communities. President Putin confirmed his commitment to religious freedom in Russia and to stamping out a rising tide of anti-Semitism seen around the world.

In our discussions, I urged the President to bring his influence to bear on the Iranian President. The potential of a nuclear Iran is not just a Middle Eastern issue – Iran is the major state supporter of international terrorism. If Iran obtains the ability to export nuclear weaponry to terror organizations, the danger and horror that awaits the world is immense.

The Iranian leader’s obsession with Holocaust denial is bizarre and the price the world could pay for staying silent in the face of this danger is immense. Whereas legislation against racism and anti-Semitism is vital, increased education, particularly through the promotion of Holocaust commemoration, is the cornerstone of the EJC’s policy.”

In his opening remarks to the EJC, President Putin saluted the EJC work in interfaith dialogue and assured the EJC executive that Russia is working to stem the upsurge in anti-Semitism in his country. The President also expressed his full support of Holocaust commemoration, stating “Russia has the greatest respect for the work of the Jewish communities to preserve the historical truth of the Holocaust and other Nazi crimes, and of course for the glorious deeds of the soldiers who died freeing Europe from the ’brown plague’.”

The EJC’s meeting with President Putin today followed a series of meetings yesterday with several senior Russian officials including Mikhail Margelov, Chairman of the Russian Parliament’s Committee for Foreign Affairs, and Alexander Torshin, Deputy Chairman of the Council of Federation of the Federal Assembly. At all meetings Mr Kantor and the members of the EJC Executive received positive feedback following their call for Russia to adopt the UN Resolution that makes 27 January a national Holocaust Memorial Day.

These official vists coincided with the EJC’s first ever Executive Meeting to be held in Moscow. Here, Mr Kantor reported on his recent meetings in Jerusalem with Israel’s President Shimon Peres, Prime Minister, Ehud Olmert and Foreign Minister Tzipi Livni as well as meetings he attended in Berlin with German Federal Chancellor Angela Merkel and Foreign Minister Frank-Walter Steinmeier.