EJC President Speaks To The European Parliament In Brussels And Meets With European Commission President Barroso And High E.U. Officials 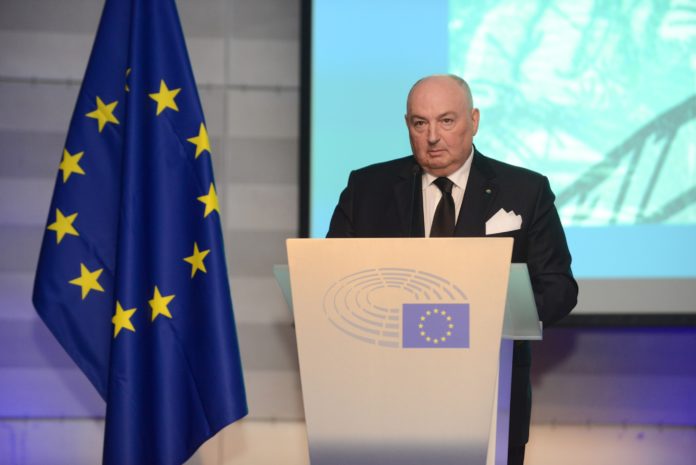 Viatcheslav Moshe Kantor who heads the European Jewish Congress (EJC) and the Russian Jewish Congress (RJC) spoke about the importance of the Remembrance Day for the European Jewry at the memorial event held by the European Parliament to mark the International Holocaust Remembrance Day. He stressed the necessity to promote the fight against xenophobia and anti-Semitism, in the meanwhile preserving the historical memory. Kantor also announced his plans to hold the third International Forum Let My People Live! and discussed legislature initiative by the EJC.

In his address the EJC President stated that the Holocaust had claimed its victims from every Jewish family, so the commemoration was really meaningful for the European Jewry. Kantor sees that the European society has failed to learn its history lessons well. They relaxed their vigilance to the threat of spreading xenophobia, anti-Semitism and neo-Nazism, which allowed the neo-Nazis to outnumber the Jews in Europe.

Viatcheslav Kantor also announced the creation of a task force which will focus on developing initiatives on pan-European laws on tolerance and preparing the third International Forum Let My People Live! to mark the 70th anniversary of die Kristallnacht. The forum is scheduled for November 2008 in Strasbourg.

The EJC head sees the objective of all Europeans and democrats in learning the Holocaust lessons. However, he calls on the European community not to focus on history only, but to act without delay. According to him, all European organisations must see the fight against anti-Semitism, racism and xenophobia as their top priority.