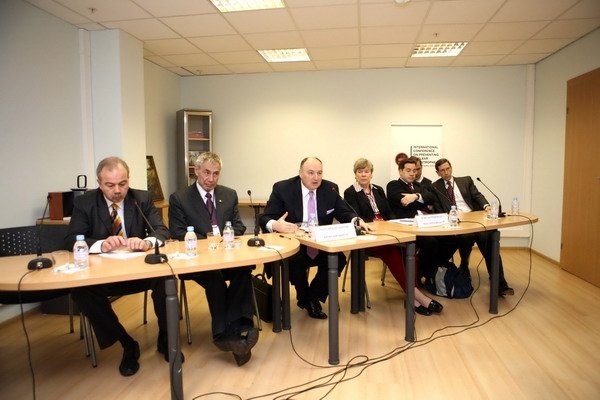 On April 14, 2008, Russian and U.S. experts from the Luxembourg Forum on Preventing Nuclear Catastrophe gathered in Moscow to convene their first meeting this year to discuss a new UN Security Council resolution on Iran and current state of the Iranian nuclear crisis.

The meeting discussed all aspects of the Iranian threat, including possible implementation of the March UN Security Council Resolution No. 1803, the IAEA efforts, position of Russia, the U.S., China and the Middle East countries on resolving the existing situation.

The experts considered various ways to facilitate settling the Iranian crisis fuelled by a defiant and hostile reaction of the Iranian leadership to the recent demand of the UN Security Council to abandon the uranium enrichment.

The meeting focused on political and diplomatic ways to address the issue, in particular the possibility of recognising Iran’s nuclear status after its president declared that the country has developed civil nuclear technologies, subject to Iran’s ratification of the NPT Additional Protocol, strict compliance with the protocol’s provisions and wider IAEA inspection powers, as well as the efficiency of further severer financial sanctions against Iran should it breach the recent UN Security Council Resolution. Another point for discussion was consequences of various force actions envisaged by the UN Charter or taken unilaterally.

As an outcome of the meeting, the working group is to issue a memorandum providing assessment of the situation and offering possible ways to resolve the Iranian nuclear crisis in the current environment.

The Luxembourg Forum’s working group meeting was attended by: