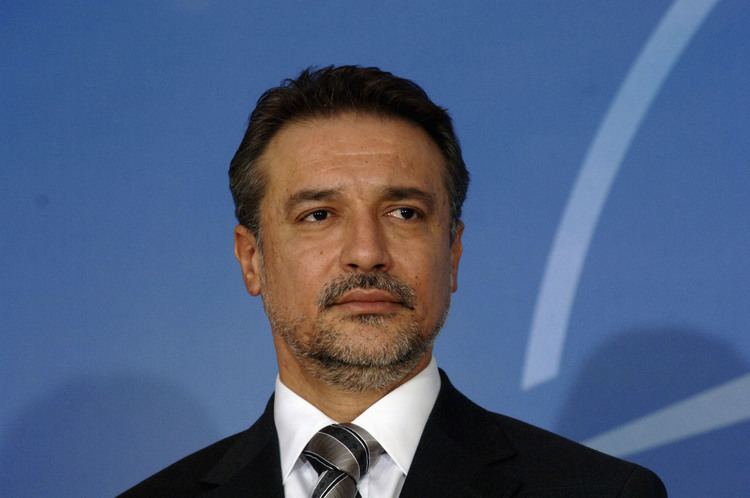 President of the European Jewish Congress (EJC) and Russian Jewish Congress (RJC) Viatcheslav Moshe Kantor visited Macedonia on May 5-6 to meet with political leadership of the country and members of the local Jewish community. The key discussion points included European security, in particular in the context of nuclear threat posed by Iran, and essential need to adopt universal Tolerance Law in Europe which will be the focal point of the third Holocaust Forum scheduled for Brussels this November.

At the meeting with Macedonian President Branko Crvenkovski, Prime Minister Nikola Gruevski and President of the Assembly Ljubisha Georgievski the parties also discussed the issues of political and cultural cooperation and Holocaust remembrance, primarily through jointly implemented educational programmes to preserve historical memory. In 2000 the Macedonian government already proposed the initiative to construct the Museum and Educational Holocaust Centre in Skopje.

President of Macedonia underscored at the meeting that the visit of EJC President is of utmost importance both for the country and for its Jewish community, and continued that although the latter is very small (about 200 persons) it has contributed greatly to promoting interethnic and intercultural dialogue in the country. EJC President noted that support of small Jewish communities in Europe is among the Congress’ top priorities. Kantor praised the efforts of Macedonia to further the dynamic development of the community and its involvement in the political, economic and cultural life of the nation.

EJC delegation and its President also attended the First Rabbinical Conference in Skopje that brought together many guests from Europe and the U.S.

On the eve of the visit to Macedonia, EJC President participated in the joint meeting of the World Jewish Congress Steering Committee and Directors held in Brussels on May 4-5, 2008.