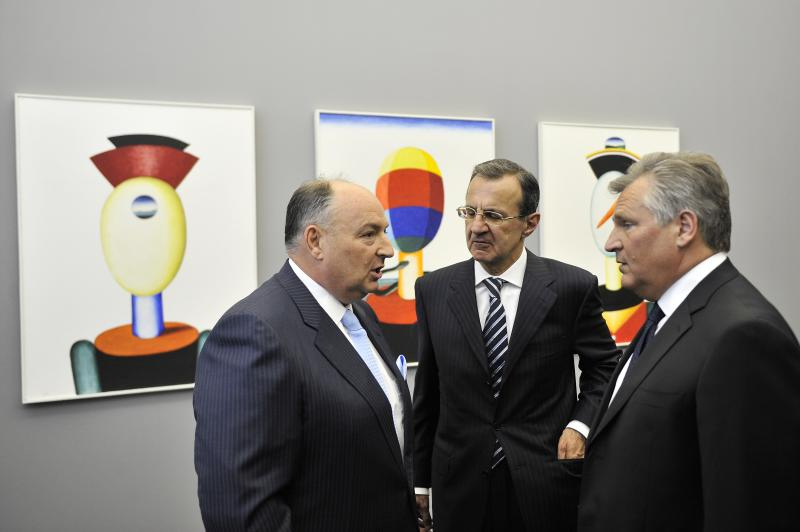 During the Executive meeting of the European Jewish Congress which convened yesterday, Wednesday, May 28th 2008, EJC President Viatcheslav Moshe Kantor announced the launch of the new European Forum of Tolerance: The Council of Europe’s Civil Society Representatives (CECSR). This forum will be presided by former President of Poland, Aleksander Kwasniewski and distinguished political leaders, scientists, artists and public activists who have been fighting against discrimination and intolerance for the past decades will be taking part in this new initiative.

President Kwasniewski stressed the fact that “we are living paradoxical times when Europe is becoming more and more multi-national, multi-cultural and multi-religious. In such times, tolerance needs to be at the core of the organization of today society”.

“We seek to emphasize the global importance of fighting xenophobia in its most acute form, anti-Semitism”, said Mr. Kantor, President of the EJC, “The Council of Europe’s Civil Society Representatives will call to global community and political leaders attention, the need to confront the recent escalation of anti-Semitism and xenophobia in Europe and all over the world”. The first public event of the CECSR will take place on the occasion of the third Let My People Live! World Forum, which will be held in Brussels in November 2008 and this year will commemorate the 70th anniversary of the Kristallnacht.

the major topics on its’ agenda:

EJC will reconvene its Executive mid-September in Israel.