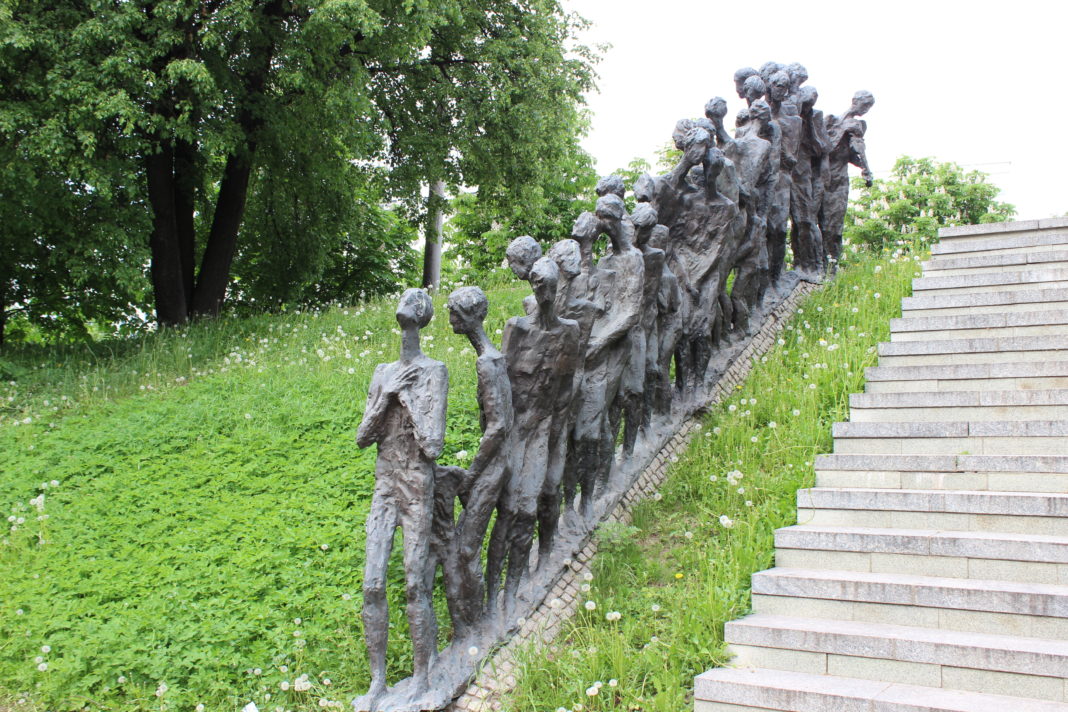 On October 21, Minsk hosted a mourning march and meeting dedicated to the 65th anniversary of the destruction of the Minsk Ghetto. The events were attended by representatives of international and foreign Jewish associations and communities, religious organisations, Belarusian officials and foreign diplomats. To honour the memory of Holocaust victims in Belarus, participants marched through the territory of the former Minsk Ghetto to the Yama Memorial Complex on Zaslavskaya Street, where the meeting was held.

At its opening, the Head of the Union of Belarusian Jewish Public Associations and Communities Leonid Levin hailed as a landmark event President Aleksander Lukashenko’s speech at the memorial to ghetto victims. In his speech, President Lukashenko spoke highly of Jews’s contribution to victory in WWII and their victims.

In his speech, Viatcheslav Moshe Kantor, President of the European Jewish Congress (EJC) and the Russian Jewish Congress (RJC), said that Nazis created 5,000 Jewish ghettos in Europe where three million people were killed. In order to make their memory eternal, the EJC and European Jewish communities have initiated a project to create museums dedicated to Europe’s Babi Yars where, among others, the tragedy of Belarusian Jews will be depicted. Among the challenges that humanity faces today, the EJC President named the threats of xenophobia and collaboration with rogue nations. “That is why we must teach tolerance to our young people,” Kantor emphasised.

He added that Minsk is among the cities that will host a series of exhibitions of outstanding Russian Jewish artists in 2009-2010 as part of the EJCs commitment to promoting the arts.

Ze’ev Ben-Aryeh, the Israeli Ambassador to Belarus, called the Yama Memorial “Israel’s pain and the whole world’s pain.” According to Ben-Aryeh, the lives of those who dedicate themselves to saving memories of the Holocaust are worthy of honour and praise. “The activities of Belarusian officials who support these efforts deserve very high praise.”