Address By Viatcheslav Kantor, President Of The Russian And European Jewish Congresses At The Memorial Event On The Occasion Of International Holocaust Remembrance Day 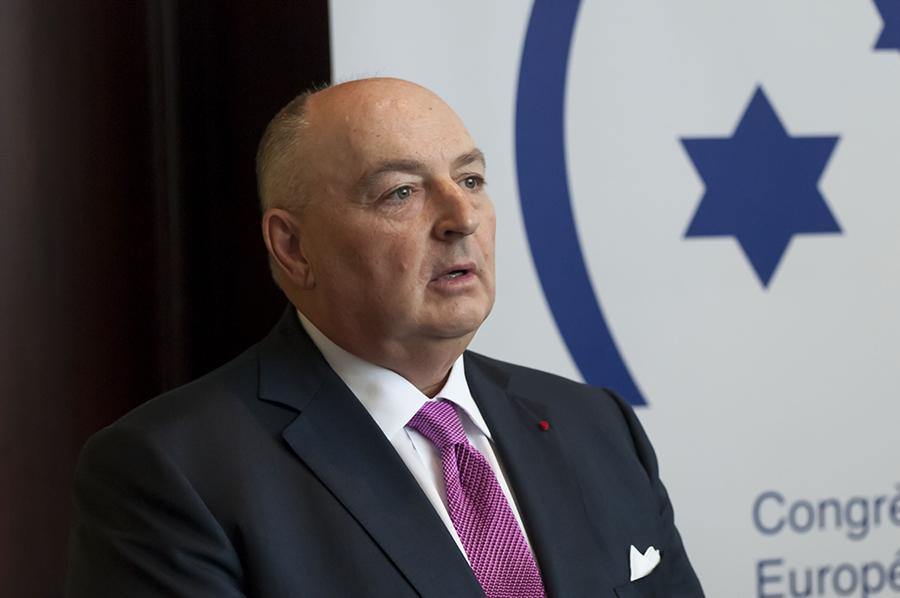 On Tuesday, January 27, the Grand Hall of the Moscow Central House of Writers hosted a memorial event on the occasion of International Holocaust Remembrance Day. The event was organized by the Holocaust Centre and Fund with the support of the Moscow Government and the Embassy of the State of Israel. Among attendees were top officials of the Russian Ministry of International Affairs, foreign diplomats and representatives of major non-profit organisations.

The United Nations established January 27 as International Holocaust Remembrance Day with a General Assembly resolution in 2005. On this day 64 years ago, the Red Army liberated Auschwitz-Birkenau death camp.

Sergey Tolkalin, Deputy Director of the Department for Humanitarian Cooperation and Human Rights of the Russian Ministry of International Affairs, read a welcome address from Russian Foreign Minister Sergey Lavrov. The address reminded the gathering that the Holocaust is a global humanitarian tragedy which must never happen again. The Foreign Minister also noted that we are currently witnessing attempts by cynics in various countries to re-write the history of the past century.

The executive director of the Russian Jewish Congress, Alexander Shlimak, read an address from Viatcheslav Kantor, the President of the Russian and European Jewish Congresses and the President of the World Holocaust Forum Foundation. Kantor stressed the importance of preserving memories of the Holocaust and urged participants to commit to strengthening tolerance as the key driver of the fight against racism and xenophobia. The RJC head sees tolerance as specific action, rather than just abstract good intentions.

“Holocaust remembrance forums under the common slogan – Let My People Live! – were held in Krakow in 2005 and in Kiev in 2006. These were landmark events in preserving memories of the Shoah. They revealed that we should move further, that only by learning the science of Tolerance and Reconciliation can our generation live in peace, free of hatred and aggression, as Tolerance is the driver for human development and innovations in all spheres of live. Tolerance helps us overcome our fears and accept and understand those who are different from us.

“The European Week of Tolerance linked Brussels, Prague and Kaliningrad, and commemorated 70 years since die Kristallnacht. This event jump-started a new initiative aimed at promoting tolerance and reconciliation throughout Europe. What we did during the European Week of Tolerance had a deep meaning: we built a bridge between the past and the future, and this bridge is the tragedy of our people. Europe heard our message. The leaders of Russia and the European Union backed our initiative. The public is waiting to hear our future proposals and to see our future efforts,” Kantor said in his address.