Workshop Of The International Luxembourg Forum On Preventing Nuclear Catastrophe 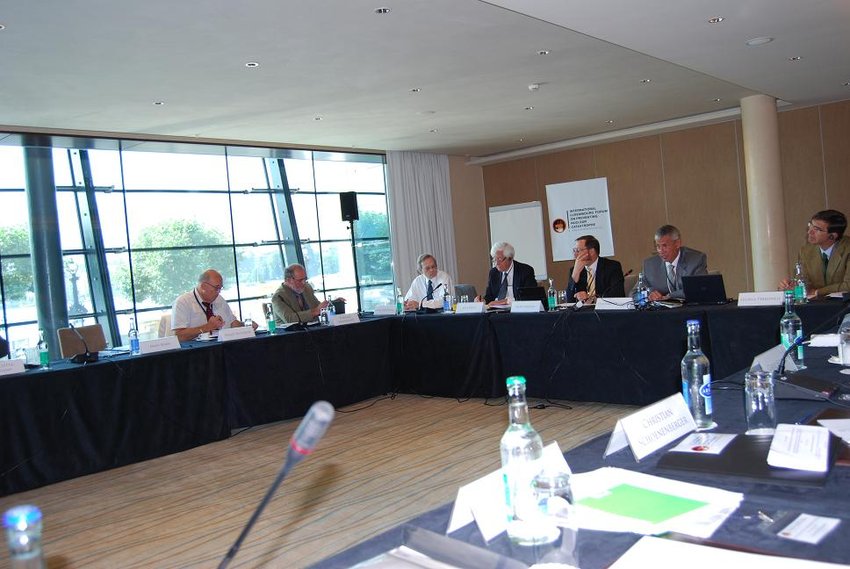 (GENEVA, July 3, 2009). Yesterday the working group of the International Luxembourg Forum held its second meeting of the year, attended by renowned Russian and international experts. The delegates discussed the most pressing issues of nuclear disarmament and non-proliferations, as well as ways to address the Iranian and North Korean nuclear crises. The outcome of the debates has been drawn up as a draft Final Document.

The working group met in advance of the U.S. president’s upcoming visit to Russia, during which negotiations will focus on nuclear disarmament.

Viatcheslav Kantor, who heads the International Luxembourg Forum, said in a statement, “The priority steps with regard to nuclear disarmament must be the conclusion of a legally binding treaty between the United States and Russia on the reduction of strategic offensive weapons to replace START-1, which expires in December 2009. This is extremely important for the NPT Review Conference in May 2010 to be a success. In that same connection, the new Strategic Arms Reduction Treaty must take into account, in a mutually acceptable form, the link between the limitation of offensive strategic systems on the one hand and of defensive strategic systems on the other hand, while also limiting the conversion of strategic systems for delivering high-precision conventional weapons. It is also necessary in the course of reduction of strategic warheads to concurrently reduce the number of strategic delivery vehicles and their launchers so as to minimize the destabilizing ‘return potential.’”

The meeting discussed ways to demilitarize the nuclear programmes of Iran of North Korea. The danger of these rogue states’ developing their own nuclear weapons remains imminent. Iranian and North Korean leadership ignores all calls by the global community to discontinue uranium enrichment and development of nuclear weapons. According to Kantor, “Over the short term, the growing threat of a nuclear crisis emanating from Iran and North Korea should be viewed as posing the greatest danger to the sustainability of the nuclear non-proliferation regime. The stepping up of Iran’s industrial uranium enrichment capacities and the high level of readiness for weapons grade enrichment, as well as nuclear tests carried out by North Korea, together with the continuing efforts of both countries to develop a new generation of long-range missiles, call for the imposition of considerably tougher sanctions by the United Nations Security Council in full accordance with Article 41 of the Charter of the United Nations. The leading states must take measures to radically restrict economic cooperation with Iran.”

The meeting was attended by the following experts:

Alexei Arbatov – Head of the Center for International Security of the Institute for World Economy and International Relations (IMEMO), Russian Academy of Sciences (RAS);

Sergey Batsanov – Director of the Geneva Office of Pugwash Conferences on Science and World Affairs;

Hans Born – Senior Fellow of the Research Division, Centre for the Democratic Control of Armed Forces;

Anatoliy Diakov – Director of the Center for Arms Control, Energy and Environmental Studies of the Moscow Institute of Physics and Technology;

Mark Fitzpatrick – Director of the Non-Proliferation and Disarmament Programme, International Institute for Strategic Studies in London;

Vagif Guseynov – Director of the Institute for Strategic Assessments and Analysis;

Yury Nazarkin – Ambassador (former Secretary of the Security Council of the Russian Federation);

Robert Nurick – Senior Fellow of the James Martin Center for Non-Proliferation Studies of the Monterey Institute of International Studies;

George Perkovich – Vice President for Studies and Director of the Non-Proliferation Program at the Carnegie Endowment for International Peace;

Fred Tanner – Director of the Geneva Centre for Security Policy.

The approved Final Document will be circulated to heads of state and the leaders of major international organizations fighting for peace and global security.