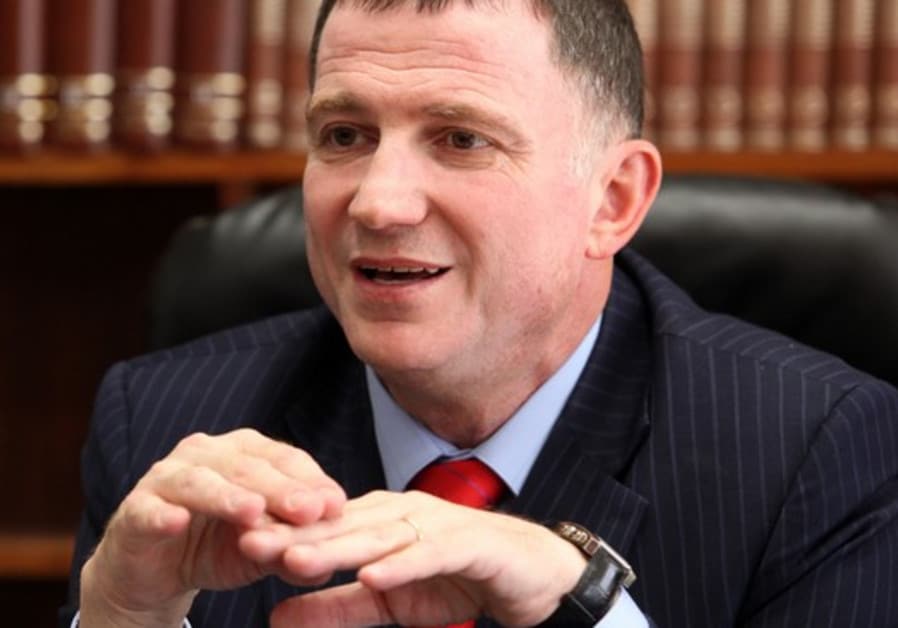 Anti-Zionism is a new form of anti-Semitism that can be found in foreign media, Information and Diaspora Minister Yuli Edelstein (Likud) told Swedish Jews Tuesday. The comments were made during a videoconference held following the controversial publication in a Swedish paper of an article claiming Israeli soldiers stole organs from Palestinians.

Edelstein took questions from six Swedish Jews about Israel’s attitude toward anti-Semitism, criticism of its policies, Jewish communities in the Diaspora, immigration and emigration.

Last month’s organ-theft article by the tabloid Aftonbladet – which drew fierce criticism from Israel and Jewish organizations, and which may have led to the cancellation of a planned visit to Israel by Sweden’s foreign minister – did not dominate the discussion, but seemed to have at least shaped some of it.

“Criticism is legitimate as long as it does not border on demonization or denying our right to the land of Israel,” Edelstein told Omri Grinberg, who asked the minister whether he “immediately crosses out as irrelevant to his purposes” those who oppose “Israel’s ongoing occupation.”

“There are many NGOs that use the right to freedom of speech and work under false pretenses of concern for Israel, when what they are actually doing is causing damage to Israel and exposing it to danger,” Edelstein added.

John Gradowski asked the minister how Israel balances its efforts to draw more Jews to immigrate with its stated goal of strengthening Jewish communities in the Diaspora.

“Israel does not believe that it is possible or essential that all Jews live in Israel,” Edelstein responded, also as part of an answer to yet another question on this topic. “There is definitely a need for flourishing communities in the Diaspora that can both feel a connection to the Jewish people.”

Tuesday’s videoconference is part of a project initiated by European Jewish Congress President Moshe Kantor, which aims to foster stronger ties between Diaspora communities and Israel. The project will allow representatives from one Jewish community every month to hold a video-recorded discussion with an Israeli official or opinion-shaper. The videos will be posted online at www.leadel.net.

Arie Zuckerman, Secretary General of the European Jewish Fund, who promoted the project alongside Kantor, told Haaretz that the meeting with the Swedish community had been scheduled before the eruption in the wake of the Aftonbladet article.

“While we remain conscious of the great contributions in many areas of large communities such as the British and the French ones, we are trying here to reach out to smaller, more distant communities such as in Sweden,” he said. The next videoconference will be held in October with Hungarian Jews, and the one following with representatives from the Jewish community in Milan.