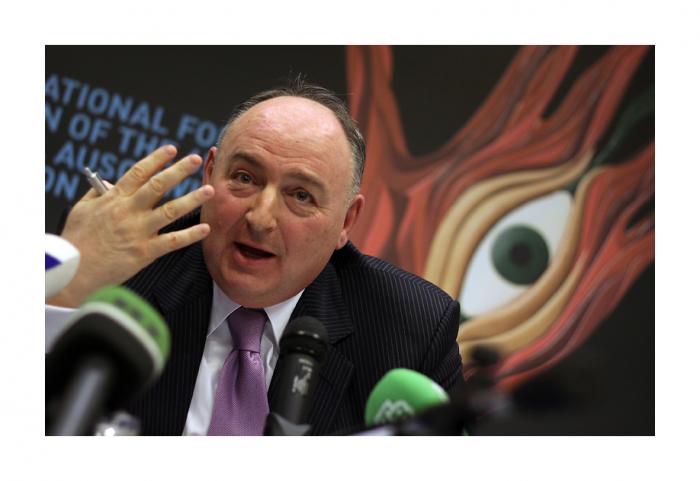 On January 27, 2010, Krakow hosted the third “Let My People Live!” International Forum to mark the day 65 years ago when the Red Army liberated the Auschwitz-Birkenau death camp. The Forum was organised by the European Jewish Congress, the World Holocaust Forum Foundation and Yad Vashem – the Holocaust Martyrs’ and Heroes’ Remembrance Authority.

The Forum was the first step in a series of events scheduled for 2010 to celebrate victory in World War II. It has become an important political platform to remind the world and draw public attention to the unprecedented joint efforts of anti-Hitler coalition to save Europe from Nazism.

The Third International Forum was attended by nearly 100 deputies from the European Parliament led by Jerzy Buzek, other representatives of European institutions and official delegations from all over the world. Auschwitz-Burkenau liberators Ivan Martynushkin and Yakov Vinnichenko were the Forum’s guests of honour.

U.S. President Barack Obama and President of France Nicolas Sarkozy sent recorded messages to the Forum’s participants, calling on the international community to remember the tragedies of the past and saying that their memory should determine today’s policies.

The Forum’s mission is to build a link between the past and the future and prevent new tragedies similar to those that humankind has already faced in its history.

“Like people, historical memory tends to die, disappear… We, the people of the twenty-first century, bear an immense responsibility to the millions of those who were burnt in the furnaces of the death camps and who died in WWII. We must keep the memory of these tragedies alive forever and prevent their recurrence,” said Viatcheslav Kantor, president of the European Jewish Congress and president and founder of the World Holocaust Forum Foundation.

Speaking of the escalation of xenophobia, extremism and anti-Semitism in Europe, Kantor underscored that “[i]t is the responsibility of political leaders to ensure secure tolerance in Europe.”

“Tolerance is the basis for future development in any type of human activity. Innovation is impossible without tolerance, but tolerance should have its limits,” continued the EJC President. “Unlimited tolerance impedes progress and poses a major threat to global security.”

In conclusion Kantor voiced an initiative to establish a Pan-European University of Global Security and Tolerance designed to study each case of intolerance and seek to integrate human experience and create a classification for such instances.

“The University should create the foundation for formulating a legitimate roadmap for Europe and the entire world. To this end, we have invited European parliamentarians to this Forum. President of the European Parliament Jerzy Buzek has granted his patronage to the event. I hope the University will be a mutual project of the European Union, Russia and the United States,” said Kantor.

“Soviet soldiers shed their blood fighting the Nazis. We will always be grateful to them for that,” said Jerzy Buzek in his address.

“Today, we as Europeans have a crucial task to remember and learn… Young people must not forget the tragedies of the past. The more distant those awful events become, the more time elapses, the more sensitive our memory must be,” Buzek concluded.