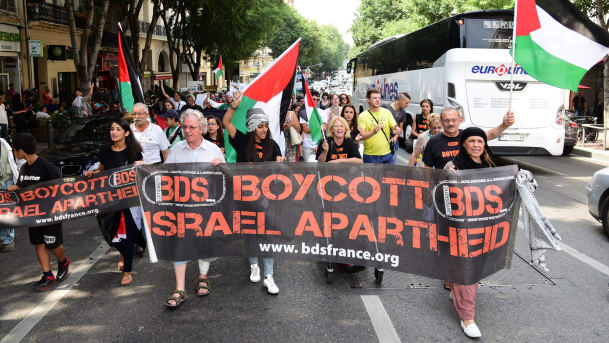 The European Jewish Congress has been working intensely to shape the language of the resolution, by meeting with presidents of the political groups and key parliamentarians. “It is vital that all of the European parliamentarians understand not just the facts, but the implications of a one-sided resolution,” European Jewish Congress Dr. Moshe Kantor said. “A negative resolution could affect Israeli-European relations, especially at a time when there are so many regional issues of great importance that require Israel and Europe working closely together, most notably Iran.”

Another area that the EJC is heavily involved with is the systematic and orchestrated attempt to delegitimize Israel, especially in Europe. Kantor offered Lieberman the assistance and cooperation of the EJC and its many institutions to fight this public relations battle.

“We are witnessing a strong and organized anti-Israeli campaign, aimed at delegitimising Israel in Europe. This campaign is initiated by Muslim and pro-Palestinian organizations and indirectly nations, who seek to use public opinion and political tools,” Kantor told Lieberman. “Academic, commercial and union boycotts of Israel on the one hand and the issuing of arrest warrants against Israeli officials are all part of the same campaign. ‘Anti-Israel Apartheid Week’ is just another manifestation of this nefarious operation.

“We are trying to fight each eruption individually not understanding that there is an organized force active behind them all, which we must confront immediately.“

The EJC is working to strengthen the connection between Europe and the State of Israel which is natural due to common shared values and culture. “The contribution of European Jewry was crucial in shaping modern European society and the very real dangers facing Israel and European Jewry today are the same facing Europe as a whole,” Kantor said.