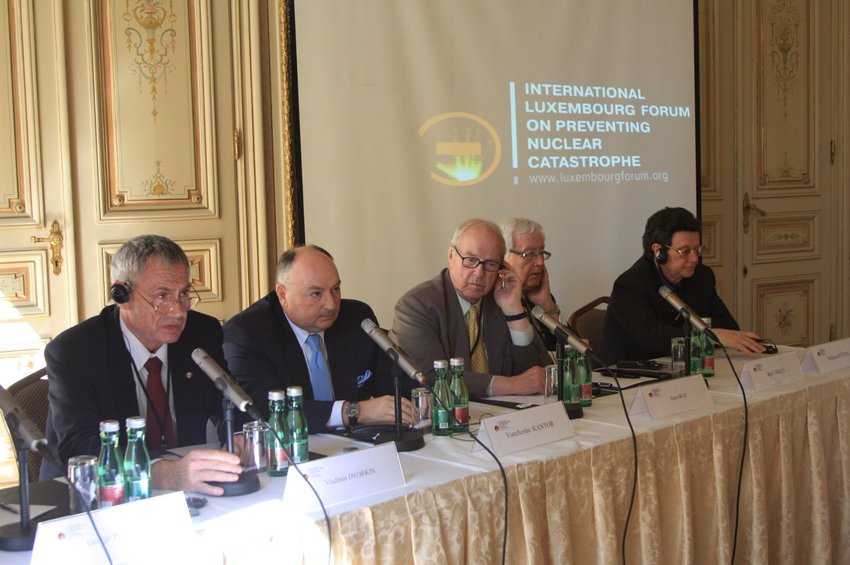 A meeting of the Working Group of the International Luxembourg Forum on Preventing Nuclear Catastrophe was held in Vienna on April 8 -9 in advance of the Nuclear Security Summit in Washington and the 2010 NPT Review Conference. The meeting focused on the most acute issues of international security, including prospects for nuclear non-proliferation and disarmament and the controversy over the Iranian and Korean nuclear programmes.

Renowned political leaders, public figures and the world’s leading experts on arms control and non-proliferation of nuclear weapons, materials and delivery systems attended the meeting, including President of the International Luxembourg Forum Viatcheslav Kantor, former Director General of the IAEA Hans Blix, Vice President for studies at the Carnegie Endowment for International Peace George Perkovich, Secretary General of the Pugwash Conferences on Science and World Affairs Paolo Cotta-Ramusino, chief of Verification and Security Policy at the IAEA Tariq Rauf, Chairman of the Governing Board of the Stockholm International Peace Research Institute (SIPRI) Rolf Ekeus, Director of the James Martin Center for Non-Proliferation Studies William Potter, Head of the Center for International Security of the Institute for World Economy and International Relations (IMEMO) Alexey Arbatov and Chairman of the Organising Committee of the International Luxembourg Forum, Major General (retired) Vladimir Dvorkin.

In view of the unique nature of the present moment when the U.S. and Russian Presidents sign the new START treaty in Prague on the very same day, in his opening address at the regular meeting of the working group of the International Luxembourg Forum, Viatcheslav Kantor emphasized that “the legislatures of the USA and Russia should promptly initiate procedures to ratify the new Treaty, which has many opponents.”

“The moment of truth in the near term is about what is going to be prioritized in debates on the new Treaty: concern about the fate of the nuclear non-proliferation regime and prevention of nuclear catastrophe or partisan differences”, Kantor said.

Rose Gottemoeller, the US Assistant Secretary of State and the lead United States negotiator to the Strategic Arms Reductions Treaty follow-on, sent a special address to the participants of the April meeting of the working group.

The International Luxembourg Forum has made significant gains in authority among organisations working on issues of international security. As a matter of fact, the Forum joined the list of the most influential organizations in this sphere, including the famous group led by William Perry, Sam Nunn, George P. Shultz and Henry Kissinger, the Japanese-Australian Evans-Kawaguchi commission and the Global Zero initiative. The International Luxembourg Forum’s recommendations are used in the decision making process and achieve ready response from such major international organizations as the European Union and NATO. Importantly, NATO Secretary General expressed positive reaction to the address of the Luxembourg Forum Supervisory Council last December, following which he made his well-known statement urging NATO to pursue a more vigorous policy on nuclear disarmament and to contribute to this process.