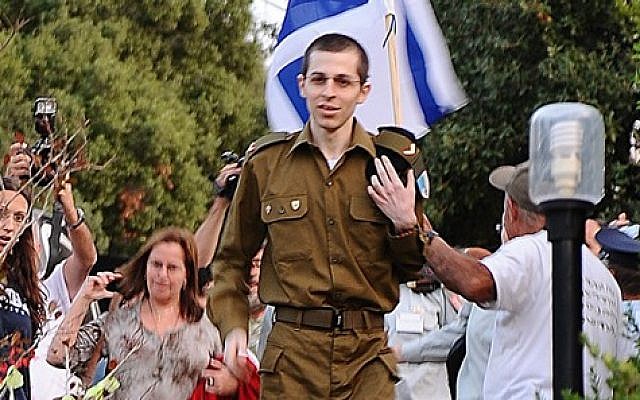 Reactions from around the Jewish world poured in on Tuesday following the release of Gilad Schalit earlier in the day.

Jewish groups in the US welcomed his release while acknowledging the price paid by the Israeli government.

“For years, we have hoped and prayed for his freedom and return to his family and to the people of Israel,” said Jerry Silverman, president & CEO of the Jewish Federations of North America. “From my own personal meetings with the Schalit family in the tent where they anxiously awaited this day, I am elated that they will be reunited with their son and mourn for the other Israeli families that have paid a painful price in this conflict.”

The World Jewish Congress came out in support of the government’s decision to free the 1,000 prisoners calling it “painful” but one that eventually “paid off.”

“Gilad is finally coming home, which is wonderful news for his family and the entire Jewish people,” said WJC President Ronald S. Lauder.

“Despite the enormously painful price that only Israel would consider paying, Jewish communities across the globe stand side by side with Prime Minister Benjamin Netanyahu and his cabinet’s decision, and they salute Noam and Aviva Schalit for their courage. Their relentless struggle has finally paid off.”

The European branch of the WJC noted the involvement of European countries in the swap thanking the German mediator Gerhard Konrad for brokering the deal.

“Konrad was obviously instrumental in securing the deal for Schalit’s release and the German government deserves our gratitude for this important assistance, – said European Jewish Congress President Moshe Kantor. – Moreover, the strong messages of support from various European governments, specifically the French and the Italian, for the release of the Israeli soldier were important morally and kept the issue on the front burner in European capitals during these five long years.”

The New York Jewish community also rejoiced in the news of Schalit’s homecoming.

“Schalit’s safe return home demonstrates some of Israel’s most inspiring qualities: Its embrace of life, its sense of community and family, its tenacity and the great lengths to which Israel is prepared to go to fulfill its commitment to the men and women who make up its citizen army,” read a statement by Anti-Defamation League National Chairman Robert Sugarman and ADL National Director Abraham Foxman, which noted that Israel has come to see Schalit as “their own son and brother.”

American Jewish Committee executive director David Harris released a statement saying “Gilad Schalit’s arrival home is long-awaited news for his devoted family, for the Israeli people, and for countless others around the world who never gave up hope for his safe return from Gaza, where Hamas had held him incommunicado for more than five years.”

B’nai B’rith International President Allan J. Jacobs said that though they are thankful that Schalit has been returned safely to Israel and his family, they’re outraged at his treatment over the last five years.

“The terrorist group Hamas ignored all international entreaties for proof of Schalit’s well-being over the years. The group should not be praised for this much belated and cynical action.”