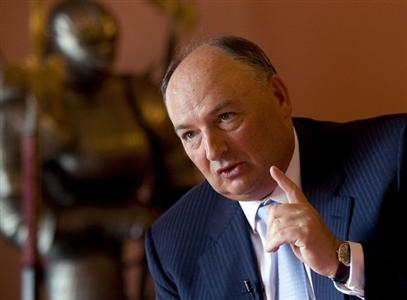 Results of a poll conducted by a German think-tank on European attitudes towards Jews and Israel are “deeply disturbing,” said the European Jewish Congress (EJC).

When asked to respond to the statement that “Israel is conducting a war of extermination against the Palestinians,” 63% of the study’s participants in Poland agreed with the statement, while in Germany 47.7 percent expressed agreement.

Dr. Moshe Kantor, President of the EJC expressed incredulity at the results. “It is astonishing to see these figures and a damning indictment on efforts to fight hatred and intolerance in Europe,” he said.

“The governments of Europe, and the European Union, have to wake up to this before it is too late.”

The researchers also asked respondents whether they agreed with the statement “Jews try to take advantage of having been victims during the Nazi era.” 72.2% of Polls, 49.8% of German’s and 68.1% of Hungarians replied in the affirmative.

“For too long there have been some who have explained that they are not anti-Semitic, but merely anti-Israel, this study, along with many others, proves a significant correlation between the two,” Kantor said.

“We need a unified standard of what is legitimate criticism and what is hate speech with regards to Israel and the Jewish people,” the EJC president said.

Several years ago, the European Union Monitoring Centre on Racism and Xenophobia (EUMC) created a working definition of anti-Semitism as it manifests itself with regards to Israel. According tpo Kantor, “these are very strong guidelines and should be adopted officially by the European Union.”

“These results prove that we can no longer hide behind the mantra of free expression or couching anti-Semitic beliefs as mere criticisms of Israeli government policy. Hate speech is proscribed in every society and we need to legally define it as it relates to singling out the one Jewish state in the world.”