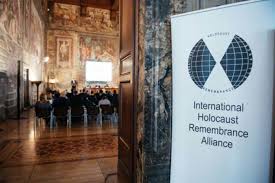 The head of the European Jewish Congress called on The Netherlands prime minister to reexamine a proposed law that would ban kosher slaughter.

The Dutch Parliament is scheduled to vote next week on the legislation, an amendment to the Commercial Slaughter Code which mandates that all animals for commercial slaughter must first be stunned, which is forbidden in shechitah, or kosher slaughter.

In his letter to Dutch Prime Minister Mark Rutte, EJC President Moshe Kantor said that the legislation would violate Article 9 of the European Convention on Human Rights, namely the right to freedom of religious practice. He also pointed out that Muslim ritual slaughter does not expressly forbid pre-slaughter stunning of animals, meaning that the legislation only affects the Jewish community and its slaughter of a couple thousand animals each year.

“The Jewish community in Holland has its roots in those Jews who fled persecution and discrimination to a land which has since become acclaimed for its freedom of religion and expression,” Kantor wrote.

“This ban will almost solely affect the Jewish community. Under Jewish law, which has been practiced for millennia, stunning before slaughter is completely forbidden whereas under Islamic law, there are many interpretations which allow prior stunning.”

The European Union Council in December 2010 rejected a controversial kosher meat labeling requirement as part of its new food information regulation, that would have required that all meat and meat products that are kosher slaughtered to be pejoratively labeled as “meat from slaughter without stunning.”