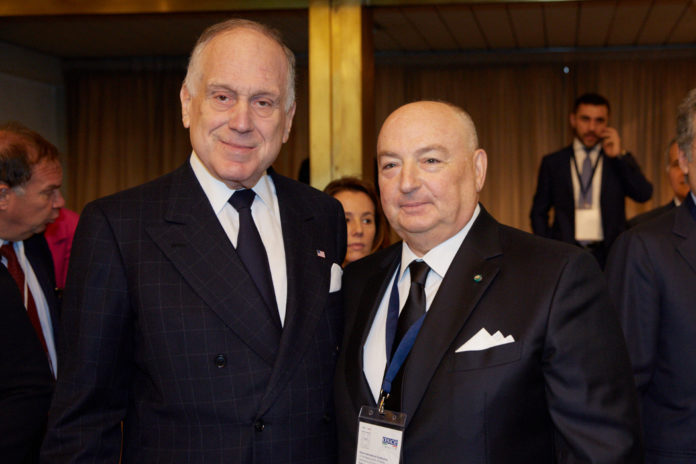 The presidents of the World Jewish Congress (WJC) and of the European Jewish Congress (EJC), Ronald S. Lauder and Moshe Kantor, have called on Dutch Prime Minister Mark Rutte to re-examine a proposed law that would ban kosher slaughter. The Dutch Parliament is scheduled to vote this week on the proposed legislation. An amendment to the Commercial Slaughter Code would, if adopted, mandate that all animals for commercial slaughter must first be stunned, which is forbidden under the Shechita, or kosher slaughter.

In his letter, WJC President Lauder told Rutte: “We feel strongly that such a measure would be a basic infringement of the freedom of religion enjoyed by all in the Netherlands, and which is enshrined in EU treaties as a basic human right. We understand that the proposal is being made on the grounds of protection of animal welfare – the proponents arguing that stunning of the animals is preferable – however, scientific reports on ritual slaughter are inconclusive as to whether animals suffer more or less from stunning. Slaughter according to kosher practices has very strict restrictions placed upon it to prevent animal suffering and safeguard animal welfare and cannot be considered as a less ‘humane’ practice of slaughter than other methods.”

Lauder added: “Kosher ritual slaughter has been practiced in Holland for over 400 years and the number of animals currently slaughtered in this fashion is minimal (between 1,500 and 3,000 per year) responding only to the needs of the Jewish community. In addition, kosher slaughter is carried out to the highest standards, by highly trained specialized experts.” The WJC leader urged Rutte and his government “to do the utmost and exercise your influence where possible so as not to have this proposed law passed, as it would negatively impinge on the ability of Jewish citizens of the Netherlands to practice their faith and would compromise their civil rights.”

In a separate letter to Rutte, EJC President Moshe Kantor said that the legislation would violate the European Convention on Human Rights, namely the right to freedom of religious practice. He also pointed out that Muslim ritual slaughter did not expressly forbid pre-slaughter stunning of animals, meaning that the legislation would only affect the Jewish community. “The Jewish community in Holland has its roots in those Jews who fled persecution and discrimination to a land which has since become acclaimed for its freedom of religion and expression,” Kantor wrote.

If the legislation passes, the Netherlands would become the first European Union country to ban kosher slaughter. Last December, the European Union rejected a controversial kosher meat labeling requirement as part of its new food information regulation, which would have required that all kosher slaughtered meat and meat products to be pejoratively labeled as “meat from slaughter without stunning.”