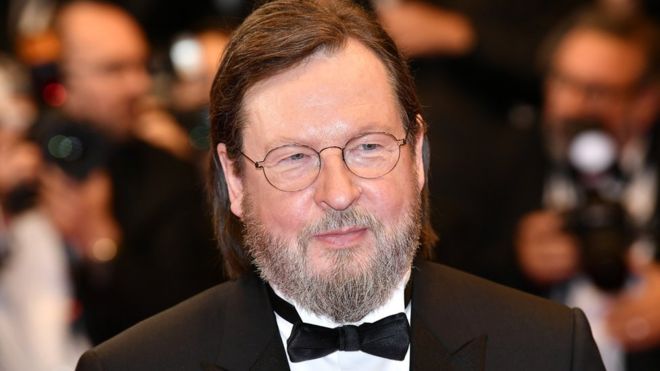 Award-winning Danish director tells reporters he sympathized with Hitler, thought Israel was “a pain” and was himself a Nazi.

In a strange and rambling speech Danish director Lars Von Trier told a stunned audience at the Cannes film festival on Wednesday morning that he sympathized with Hitler, thought Israel was “a pain” and was himself a Nazi.

At the press conference for “Melancholia,” the director who won the Palme d’Or in 2000 was asked to expand on comments he made in an interview about his interest in the Nazi aesthetic.

“I thought I was a Jew for a long time and was very happy being a Jew,” said Von Trier, who, according to biographies was told by his mother on her death bed that the father he had known all his life was not his real father.

“Then later on came (Jewish and Danish director) Susanne Bier and then suddenly I wasn’t so happy about being a Jew. No, that was a joke, sorry.” “But it turned out I was not a Jew but even if I’d been a Jew I would be kind of a second rate Jew because there is kind of a hierarchy in the Jewish population.” “But anyway, I really wanted to be a Jew and then I found out I was really a Nazi, you know, because my family was German … which also gave me some pleasure.” “Melancholia” star Kirsten Dunst looked uncomfortable as he made his remarks, which took reporters by surprise.

“What can I say? I understand Hitler. I think he did some wrong things, yes absolutely, but I can see him sitting in his bunker in the end.

“I think I understand the man. He’s not what you would call a good guy, but I understand much about him and I sympathize with him a little bit. But come on, I’m not for the Second World War, and I’m not against Jews.

“I am of course very much for Jews. No, not too much because Israel is a pain in the ass. But still, how can I get out of this sentence?” He expressed admiration for Nazi architect Albert Speer before ending another rambling sentence with: “OK, I’m a Nazi.” One reporter asked whether he could imagine making a movie that was even bigger in scale than “Melancholia.” “Yeah, that’s what we Nazis … we have a tendency to try to do things on a greater scale. Yeah, maybe you could persuade me.” He also muttered “the final solution with journalists.” As the press conference broke up, Dunst, who was no longer smiling, could be heard saying: “Oh Lars, that was intense.” Jewish groups were quick to criticize the director for his controversial remarks.

“Von Trier’s remarks serve as another reminder of the seeming comfort that anti-Semites feel expressing their prejudices in public gatherings,” said European Jewish Congress President Moshe Kantor in a press release. “We have seen too many examples of ‘respectable Antisemitism’ in Europe during the last year and Von Trier’s outburst is merely another example. There must be consequences for these types of racist tirades, or it will just continue and escalate.”

The American Gathering of Holocaust Survivors and their Descendants said in a statement: “Holocaust survivors condemn Von Trier’s repulsive comments as an insensitive exploitation of victims’ suffering for self-serving promotion and publicity.

“We cannot give a review of his film, but as a person Von Trier is a moral failure Meanwhile, Von Trier issued an apology for his comments on Wednesday evening.

“If I have hurt someone this morning by the words I said at the press conference, I sincerely apologize,” he was quoted by Reuters as saying. “I am not anti-Semitic or racially prejudiced in any way, nor am I a Nazi.”