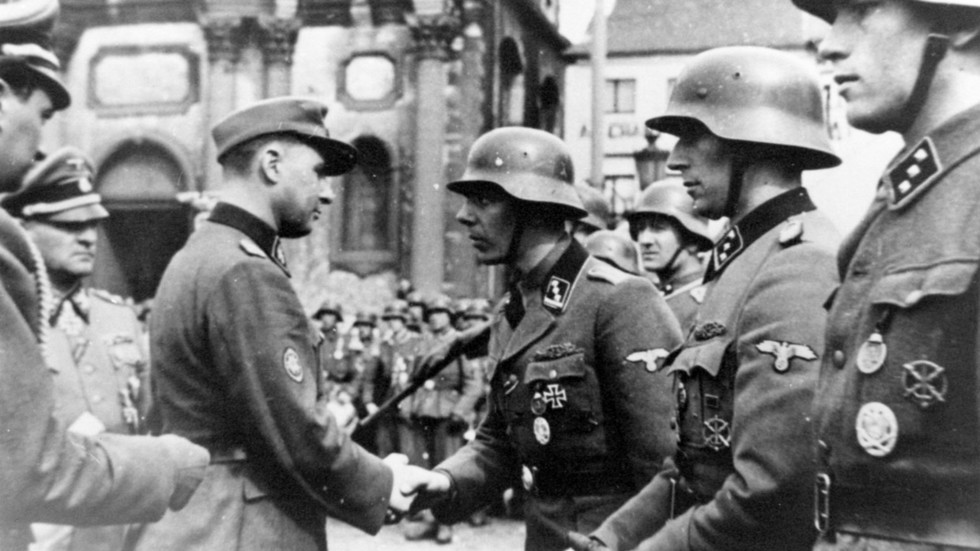 As Belgium struggles with its yearlong government crisis, a 65-year-old issue is suddenly adding to the animosity between the feuding Dutch-speaking Flemish and Francophone politicians.

Almost by stealth, the extremist Flemish Interest party pushed a bill on amnesty for World War II collaboration with Nazis to the senate floor last week. All at once, old wounds on both sides of the linguistic divide that cuts through Belgium opened again.

Many in Francophone Wallonia, the southern region of the country, see collaboration with the Nazi occupier as having been primarily a flaw of the Flemish, cultural cousins to the Germans. But in Flanders, fingers are pointed in the direction of Leon

Collaboration, repression and amnesty had been largely confined to history books and library shelves. The topics almost never came up in bars or newspapers anymore.

“The issue was not alive anymore. What is this about? About nothing,” said Flemish legislator and historian Luckas Vander Taelen, who has worked extensively on World War II.

Beyond the proposal of the right-wing Flemish Interest party, the issues were hotly debated again in the House of Representatives after Justice Minister Stefaan De Clerck said Sunday that it might be time to “forget” about collaboration.

A few days later he argued he had never meant to say it and argued anything linked to World War II should always hold lessons for the present. But the damage had been done.

International Jewish organizations were shocked by De Clerck’s advice to “forget” something so closely linked to the Holocaust.

“There is a strong undercurrent amongst certain European officials that the Holocaust should just recede into history and De Clerck is giving a voice to that,” Moshe Kantor, the president of the European Jewish Congress, said Thursday.

The Simon Wiesenthal Center, an organization that works for former Nazis to be brought to justice, called for De Clerck to be fired.

De Clerck said he would have a meeting with Belgian Jewish organizations next week.

“I understand that the word ‘forget,’ a word I used, gave rise to much emotion,” De Clerck told the legislature late Wednesday. “I had no intention to use these words.” A Dutch-speaker, he said he had been struggling to speak in French on such a delicate issue.

“In no way can it be the intention to forget,” he said.

The increased divisiveness comes at a bad time, as the major parties on both sides of the linguistic border are trying to end an 11-month stalemate on forming a government. Deliberations on who collaborated more with the Nazis seem unlikely to improve the already tense atmosphere.

“I already have enough problems to solve in the present. It is a debate I would not like to add on to that,” said Bart De Wever, leader of the N-VA Flemish nationalists who emerged as the biggest party in the nation after the June 13 election.

“It will lead to nothing,” he said. “It never did and never will.”