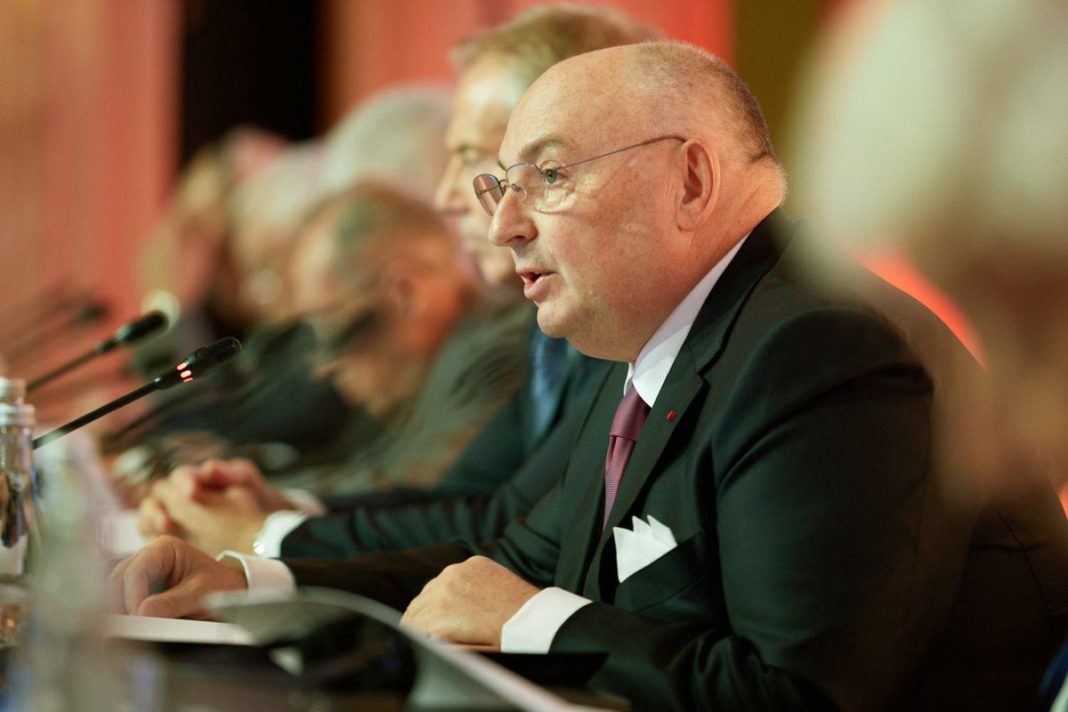 A European Jewish leader said Tuesday that the continent must oppose any UN Security Council resolution that would recognize a Palestinian state and admit it as a member – not only for Israel’s sake but also for Europe’s own safety. “There are a lot of radical elements in Europe, in every country, which can be like dynamite, and this recognition could be like a trigger for this dynamite,” Moshe Kantor, president of the European Jewish Congress, told the ‘Associated Press’ in Brussels. He said he was referring primarily to Islamist radicals but also to others, including right-wing radicals. Palestinian President Mahmoud Abbas is pressing ahead with his diplomatic campaign to gain full UN membership in the UN.

The United States has said it will veto any such resolution in the Security Council. Four EU countries are currently members of the Security Council – Britain and France, both of which are permanent members with veto power, and Germany and Portugal, which are temporary members. Kantor said admitting a Palestinian state would violate UN law, which requires that any member have clearly defined borders and be at harmony with its neighbors. He said his organization had exchanged letters with leaders in more than 15 European countries, including Britain, France and Germany. “And all the letters we received (were) absolutely united by one idea: No recognition without negotiations with Israel.”

However, most European countries are not saying how they would vote if such a resolution came up, and instead appear focused on trying to dissuade the Palestinians from requesting one. Britain’s foreign secretary, for example, has made clear that he’d rather not have to chose which way to vote.

“We don’t recommend UNSC vote but (different) options being proposed, UK reserves its position. Pressing both sides to get into talks,” William Hague said in a message posted to ‘Twitter’ on Tuesday, shortly before he was scheduled to meet Abbas. And French Foreign Minister Alain Juppe said on Europe-1 radio Tuesday that “the only way to settle the Israeli-Palestinian problem is direct negotiations.” Majid Bamyeh, a diplomat with the General Delegation of Palestine to the EU, agreed with Kantor on one aspect of the situation – that the EU’s role as one of the primary financial supporters of the Palestinians makes the continent’s voice extremely important. But Bamyeh said that meant Europe’s responsibility lay in being consistent and saying yes to a Palestinian state.

They have been the most supportive of our institutional state-building,” he said. “Building state institutions should eventually lead to a state.” He said he hoped the EU would “support us in the UN to see this state emerge in judicial terms now, and tomorrow on the ground.”

Maja Kocijancic, a spokeswoman for EU foreign policy chief Catherine Ashton, said Tuesday that officials were still working to develop a unified EU position, should any vote come up, to make the union a more influential voice. But she said the EU’s primary efforts were to find a way to get negotiations between the Israelis and the Palestinians started again.