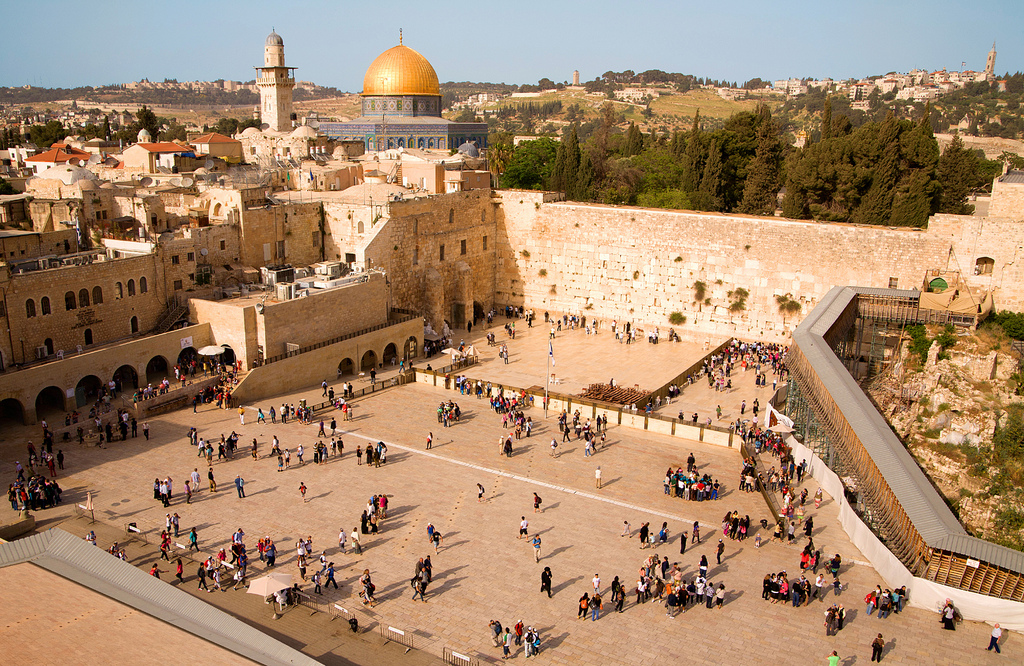 The rising controversy surrounding a German Holocaust foundation’s use of public funds to finance anti-Semitic school literature attacking Israel prompted the head of Europe’s Jewish Congress and human rights group the Simon Wiesenthal Center on Monday to urge the organization to return to its core mission of Shoah education.

The German Foundation “Remembrance, Responsibility, Future” (EVZ) is financed by public and private funds and doled out 21,590 Euros in 2010-2011 to support an exchange program between the German high school (Gerhart-Hauptmann) and an exclusive Israeli-Arab high school in Nazareth. Students and educators from the two schools composed a brochure equating Israel with the now-defunct East German Stalinist state ,and crude drawings of orthodox Jewish students. The students showed Israel as a violent state with an education system that excludes and oppresses Israeli-Arab pupils.

The European Jewish Congress (EJC) President, Dr. Moshe Kantor, told the Jerusalem Post, “It is important that the fund focuses on spreading and preserving the memory of the Holocaust and the legacy of those who were murdered, which is particularly necessary today as we witness higher levels of ignorance and intolerance, mainly among the Arab and Muslim public, who use negative imagery in their political campaign against Israel.”

Kantor continued that “today, more then ever, after another hate-filled speech by Holocaust-denier Iranian President Ahmadinejad at the United Nations, the fund needs to encourage tolerance and peace among the younger generations instead of supporting projects that have nothing to do with the holocaust, which, as it seems, result in encouraging hate and intolerance.”

Speaking from Los Angeles, Rabbi Abraham Cooper, the associate dean of the international human rights NGO the Simon Wiesenthal Center, told the Post via telephone interview, “Germans, especially those who say they are committed to the memory of the six million have a unique responsibility and opportunity to educate young Arabs who are barraged with hate propaganda that denies the Shoah all together or accuses Israelis of being today’s Nazis. As descendants of the perpertrators of the Shoah, today’s Germans have the clear opportunity to set the record state and thwart the Holocaust deniers and Jew-haters among younger generations.”

Cooper added, “That mandate of Remembrance and responsibility was perverted by the joint program between a school in Germany and the school in Nazareth that validated anti-Jewish stereotypes and anti-Israel sentiment. We urge the Fund to return to its core mandate of teaching young generations about the systematic murder of 6 million Jews, including 1.5 million children by the Nazi regime. Every successful undertaking will undercut bigotry and anti-Semitism, not spread it.”

In a statement to the Post on Monday, Dr. Martin Salm, the head of the EVZ, wrote that “the foundation EVZ will in no way allow criticism on societal conditions to serve the delegitimization of the State of Israel.” He said the EVZ will use the “misunderstandings” associated with the school project to examine its “subsidy practice.”

Salm has issued contradictory statements since the scandal surfaced. He first defended the school exchange program, rejecting allegations of anti-Semitism and blaming critical media reports for misrepresenting the partnership between the foundation and the schools, as well as the controversial anti-Israel NGO (HEAR),which supported the exchange program. HEAR is an abbreviation for “Humans, Education and Awareness to their Rights.”

After The Jerusalem Post contacted Salm last week, he withdrew his defense of the anti-Israel school program and said the EVZ would sever contact with the school and anti-Semitic educational activities. Asked by the Post repeatedly to explain his conflicting statements, Salm declined to issue a specific comment. It is unclear at this stage whether Salm plans to step down.

The German Foreign Ministry has two members on the EVZ Foundation’s Board of Trustees, In an e-mail to the Post on Tuesday, a Foreign Ministry spokesman wrote that the ministry “welcomes the explanation of the chairman of the Foundation EVZ from September 26 in which he regrets the contributions; that is,the drawings of the brochures, which could be read as anti-Semitic and therefore announced a review of the subsidy practice in connection with this program.”

Karin Maag, a deputy in the German Bundestag who has a seat on the EVZ’s Board of Trustees,wrote the Post on Tuesday that she “regrets that the impression has been formed that an anti-Semitic or anti-Israel attitude” exists and intends to take” concrete steps” at the next EVZ board meeting to address the incident. Maag, from German Chancellor Angela Merkel’s Christian Democratic Union party, said she has contacted the responsible parties and requested clarification.

According to the EVZ statement on Monday, Constanza Röthing, a teacher at the Gerhart-Hauptmann school, who spoke in the name of the students, expressed “outrage” that such allegations are being lodged against participants. She added that “We have had only positive impressions and experiences from the state of Israel and therefore strictly reject any anti-Semitic intention.”

A spokesman for the German government told the Post on Wednesday that representatives from the Finance Ministry who sit on the Board of Trustees “do not have the possibility” to “control the implementation of projects from partner organizations.”

Dr. Dieter Graumann, the head of Germany’s Central Council of Jews, told the Post on Monday that the Council is reviewing the EVZ literature.