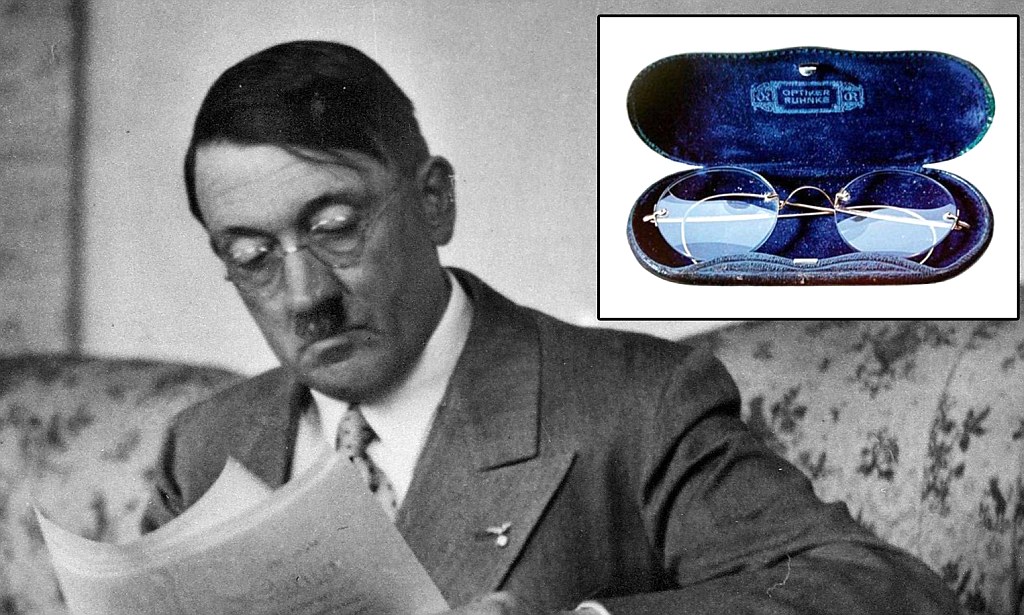 Organizers of an auction of Adolf Hitler’s reading glasses and other personal effects were on the verge of abandoning the sale early Wednesday after an outcry over profiting from Germany’s Nazi past.

The Fuhrer’s glasses were due to be put up for auction with a reserve price of €4,800 (US$6,355) at a Munich auction house this month, while bidding for a silver cigarette case monogrammed with the initials of the non-smoking dictator was set to begin at €10,000.

Stung by accusations that the sale was a “stain” on modern Germany, auction house Hermann Historica issued a statement late Tuesday saying, “In the view of Hermann Historica, public media coverage does not seem appropriate; we feel that the general public may quite rightly feel offended by the subject matter and for obvious reasons.”

But it refused to confirm who would receive the money, although some items, such as a fob watch starting at €10,000, were believed to originate from the estate of Rudolf Hess, Hitler’s former deputy.

There were also items of cutlery with A.H. monograms for €1,800, and a Hitler Youth badge encrusted with diamonds and rubies, given to the Fuhrer in 1942, marked up for €22,000. While public display of the swastika is illegal in Germany, and the symbols have been carefully airbrushed out of the auction catalogue, there is no ban on the sale of Nazi memorabilia.

The sale has alarmed Jewish groups, The (London) Times reported.

“Those who attempt to monetize these macabre heirlooms are a shame and a stain on modern-day Germany,” Moshe Kantor, president of the European Jewish Congress, said.

“As we at the European Jewish Congress try and preserve the memory and historic lessons of this dark period, these types of events are completely counterproductive and damaging towards educating younger Germans and Europeans about the Holocaust.”

The sale is incongruously entitled German Historical Collectibles from 1919 and features hundreds of lots. One is a standard lamp from the headquarters of the Munich Nazi Party, on sale for a minimum of €5,000.

Bild newspaper reported Tuesday that the auction house had asked its bidders to sign a testimony declaring that any of the Nazi artifacts purchased would be used for educational purposes.