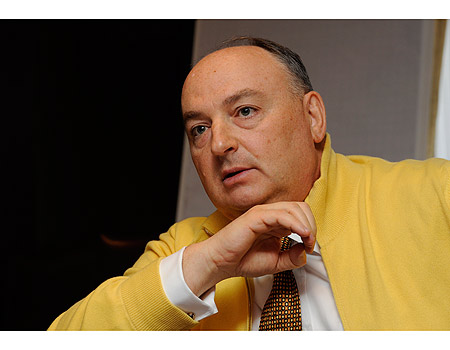 “It is incongruous that in the week that an Israeli scientist was awarded the Nobel Prize by The Royal Swedish Academy of Sciences, a group of Swedish academics are calling for a boycott of Israeli educational institutions,” Kantor said.

Israeli Daniel Shechtman, a professor at the Technion institute, was named Wednesday Nobel Laureate for Chemistry for his discovery of quasicrystals, a finding that went against established scientific consensus.

“This is clearly self-defeating for the world of research and education as Israel has once again demonstrated that its academics are making valuable contributions in many areas of culture, science and technology.”

In recent years, a number of European academic groups that have called to boycott Israeli academic institutions.

“This merely demonstrates that those who are involved with calling for boycotts against Israel are uninterested in the free transmission of values, education and progress.” Kantor said.