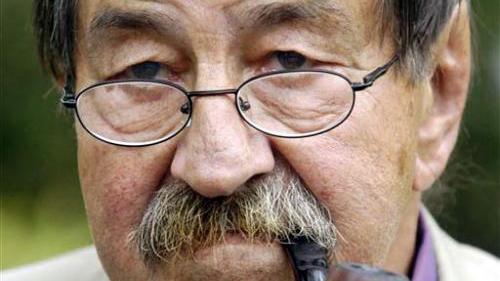 The Israeli Prime Minister has suggested that it is “not surprising” to hear German Nobel laureate accuse Israel of being the greatest threat to world piece.

Gunter Grass, who was a teenage volunteer of the Waffen SS during the Holocaust, made the comments in a poem published in the German media on Wednesday. He wrote of his fear that Israel “could wipe out the Iranian people” if it took action against Tehran’s nuclear ambitions

Prime Minister Benjamin Netanyahu derided the writer’s “shameful moral equivalence between Israel and Iran, a regime that denies the Holocaust and threatens to annihilate Israel”.

He noted that it was Iran, not Israel, that was a threat to the peace and security of the world, was supporting the Syrian regime’s crackdown of its people and “stones women, hangs gays and brutally represses tens of millions of its own citizens”.

Mr Netanyahu pointed out that Mr Grass had concealed his Nazi record for six years and suggested his attitude to the Jewish state was “perhaps not surprising”.

Mr Grass’s comments have been critics, with the Anti-Defamation League suggesting that he harboured “some antisemitic beliefs”

“It merely fits in with his history of intellectual dishonesty,” said Moshe Kantor, president of the European jewish Congress. “Only days after Jews were murdered because of an anti-Israel ideology, one would assume there would be some reflection on the dangers of such hate speech.

“Grass apparently has no such concerns and is only trying to inflame the agenda.”