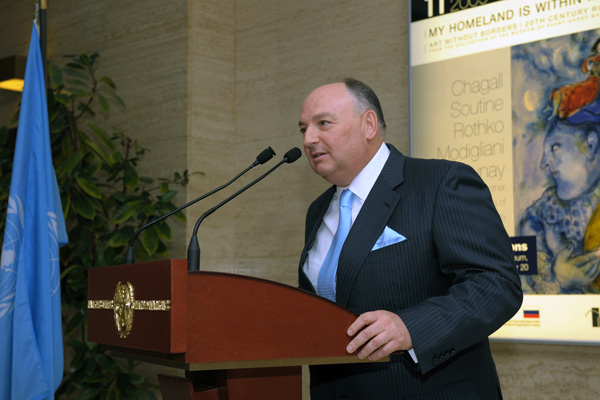 34. Moshe Kantor, president of the European Jewish Congress, is at the forefront of issues relating to Jews on the European continent.

Kantor, 58, has been working hard to explain the threat a nuclear-armed Iran would pose to the world and has pressed for crippling sanctions against the Iranian regime within Europe.

As president of the International Luxembourg Forum on Preventing Nuclear Catastrophe, an non-governmental organization uniting world-renowned experts on non-proliferation of nuclear weapons, he has focused the threat of a nuclear-armed Iran on global stability. He was awarded the highest level of the French National Order of the Legion of Honor this year, in recognition of his work towards the rights of minorities, promoting interfaith relations, leading the fight against racism and anti-Semitism and pushing for a more tolerant Europe.

Kantor has also led efforts to legislate and enforce measures against anti-Semitism, hate and intolerance in Europe as chairman of the European Council on Tolerance and Reconciliation.

Due to his efforts, Holocaust Remembrance Day will become an annual event at the European Parliament, keeping alive the memory and significance of the Holocaust and its lessons amongst European leaders and officials. <…>

8. Michael Oren, Israeli Ambassador to the US

9. Debbie Wasserman Schultz, Chairman of the US Democratic National Committee

12. Daniel Shapiro, US Ambassador to Israel

21. Stanley Fisher, Governor of the Bank of Israel

24. Ben Bernanke, Chairman of the US Federal Reserve

26. Rich Jacobs, President of the Union for Reform Judaism

41. Meryl Frank, US Ambassador to the UN Commission of the Status of Women