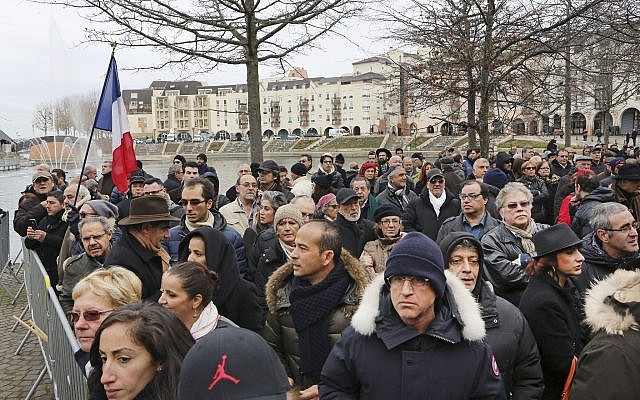 Three Jews wearing yarmulkes were assaulted by 10 people in southeast France in what the French Interior Ministry is calling an anti-Semitic attack.

The attack, which occurred Saturday and was announced by the Interior Ministry Sunday, took place in Villeurbanne, located near Lyon.

The attackers, who used a hammer and an iron bar, injured two of the Jewish men, who were sent to the hospital. The attackers are being described as “of North-African origin,” according to reports.

Police reportedly are searching for the attackers.The European Jewish Congress called on European Imams and Muslim leaders to “unequivocally condemn” the attack.

“Unfortunately, there are mosques and Muslim centers in Europe where people are taught that Jews are the enemy and they should be attacked,” Moshe Kantor, EJC president, said. “There is mounting documented evidence of this and in addition to calling on the law enforcement agencies to clamp down on incitement, we are also calling on Imams and Muslim leaders to become part of the solution and unequivocally condemn attacks against their fellow European citizens.”

In March, a rabbi and his two young sons and the daughter of the head of a Jewish school in Toulouse were killed by a Muslim gunman who stormed the school and shot them at point-blank range.