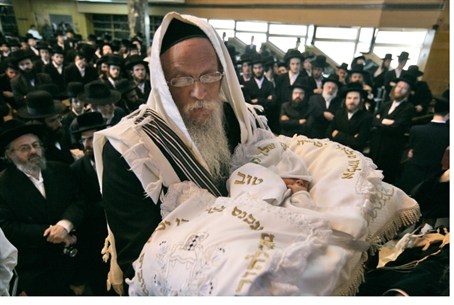 The European Jewish Congress (EJC) has condemned the decision by a regional court in Cologne to criminalize circumcision. Last Tuesday, the court ruled that non-medical circumcision, practiced by most Jews and Muslims, causes bodily harm and therefore is a crime. This has led to hospitals in Germany cancelling planned circumcisions causing great distress in the Jewish community.

“We would hope that in Germany of all places where there is a high level of sensitivity to such freedoms, Jewish life would be allowed to flourish without restriction,” Kantor said. “We hope and call on the German government to exercise its authority and take a clear stand against this ruling and in line with the German constitution which guarantees religious freedom.”

“We need to remind people that our practices, completely in line with modern science and safety precautions, are thousands of years old and above all, are protected by the European Convention of Human Rights on the basis of freedom of religion.”

The EJC has added its support to the position of the Zentralrat, the Central Council of Jews in Germany, on this issue.

“After recent attempts to ban shechitah in various parts of Europe, another Jewish religious practice is being targeted,” Kantor said. “If any of these attempts succeed they could quickly spread to other parts of Europe and severely impact on Jewish life on our