Martin Schulz: ‘We Need Unity In Our Efforts To Fight Anti-Semitism And Racism In Europe 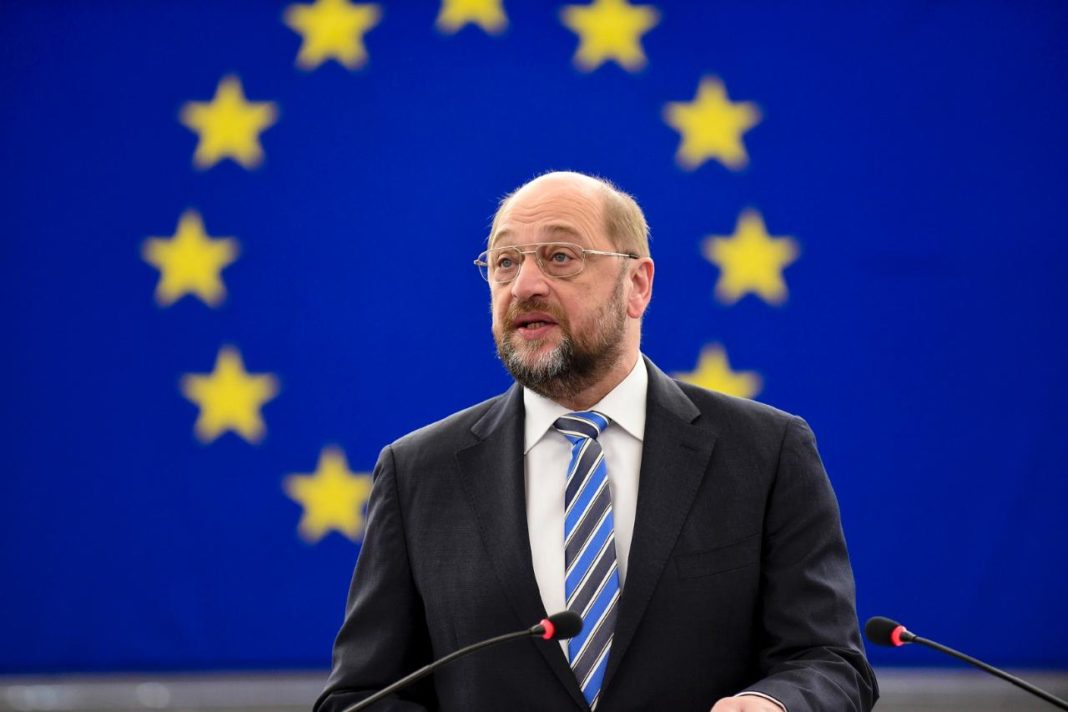 European Parliament President Martin Schulz said “we need to unite our efforts to fight any manifestation of extreme nationalism, discrimination, xenophobia, anti-Semitism and racism throughout Europe,” in a speech at an award ceremony honouring two Balkan leaders for their work on reconciliation in South-east Europe.

“Still today, in parts of Europe, we see the demons of the past raise their ugly heads. This is warning to all of us,” Schulz said.

The medal of Tolerance was awarded by the European Council on Tolerance and Reconciliation (ECTR) to Croatian President Ivo Josipovic and former Serbian President Boris Tadic, honouring “extraordinary and creative achievement in the promotion of tolerance.”

chultz (так в оригинале) hailed the two “extraordinary men” and stressed that “there is no better place than the European Parliament to send a clear message that everything must be done to prevent war from ever happening again on our continent.”

“Members of the European Parliament have a special responsibility for reminding the peoples of Europe about these tragic events. The European Union was founded on the commitment that war in Europe must be prevented and that reconciliation of arch-enemies is the best way to ensure peace.”

The president of the European Parliament said last Friday’s awarding of the Nobel Peace Prize to the European union “is the most salient reminder of the powerful message of reconciliation.”

“The EU, no doubt, can serve as an inspiration to other regions in the world. The Western Balkans have moved towards joining this family of nations and violence and war is now almost inconceivable.”

European Jezwish Congress President Moshe Kantor and former Polish President Alexsander Kwasniewski, who are co-chairmen of the ECTR, noted the connection of the award and peace in Europe.

“We recognize them because their victories are ours,” Kwasniewski said. “There would be no European Union without reconciliation. There would be no lasting peace without courage, personal leadership and inspiration stemming from people Josipovic and Tadic’s alike.”

“As Croatia joins the European Union, and we hope that Serbia will follow suit, it behooves us to recognize the heroes of our times: those who bring about reconciliation.”