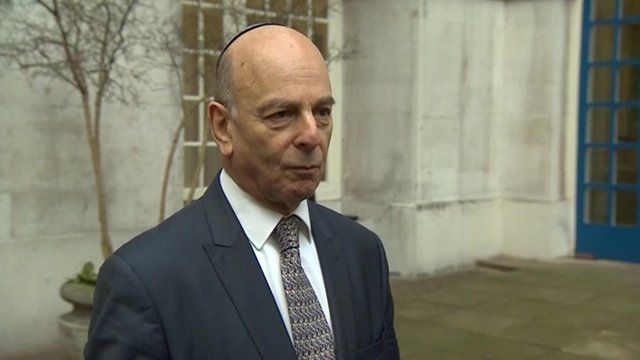 Vivian Wineman, the president of the Board of Deputies, has been elected to chair the European Jewish Congress’ council.

Mr Wineman won an election at an EJC meeting in Brussels, Belgium, on Wednesday.

The EJC is the federation of democratically-elected leaders of Jewish communities across 40 European countries, representing around 2.5 million European Jews.

Mr Wineman took part in hustings events in the run-up to the vote and said he was “very pleased” to be involved at such a high level of the “effective organisation”.

Moshe Kantor was re-elected as EJC president for another four-year term. He won three-quarters of the votes to defeat challenger Richard Prasquier, president of the French Jewish community.

Dr Kantor said: “We cannot rest on our laurels, there are many challenges for the Jewish communities of Europe to face in the coming years. Antisemitism is growing from both extremes, our traditions are under assault and Israel is constantly under threat of delegitimisation.”