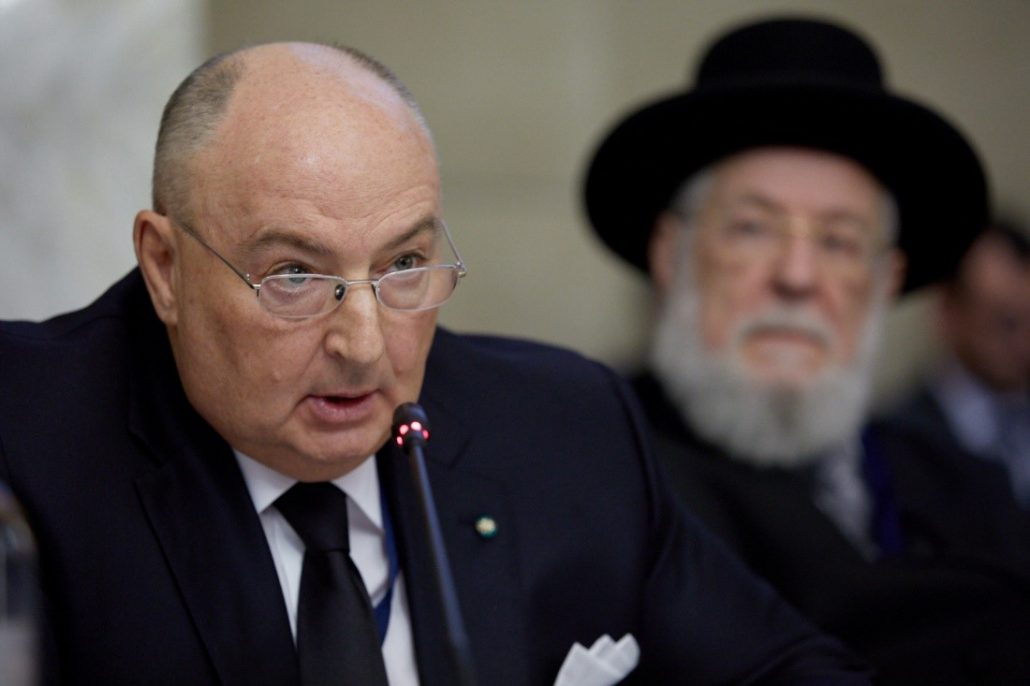 On Wednesday, November 7, 2012, Dr. Moshe Kantor was reelected to an additional four-year mandate as president of the European Jewish Congress, the democratically-elected organization representing European Jewry.

“We cannot rest on our laurels, there are many challenges for the Jewish communities of Europe to face in the coming years,” Kantor said. “Anti-Semitism is growing from both extremes, our traditions are under assault and Israel is constantly under threat of delegitimization.”

Kantor received 73 percent of the votes, defeating his challenger, Richard Prasquier, the president of the French Jewish community.

Kantor, 59, was first elected president of the European Jewish Congress in 2007. He was awarded the highest level of the French National Order of the Legion of Honor this year, in recognition of his work toward the rights of minorities, promoting interfaith relations, leading the fight against racism and anti-Semitism and working for a more tolerant Europe. Due to his efforts, International Holocaust Remembrance Day is now an annual event in the European Parliament, keeping alive the memory and significance of the Holocaust and its lessons among European leaders and officials.