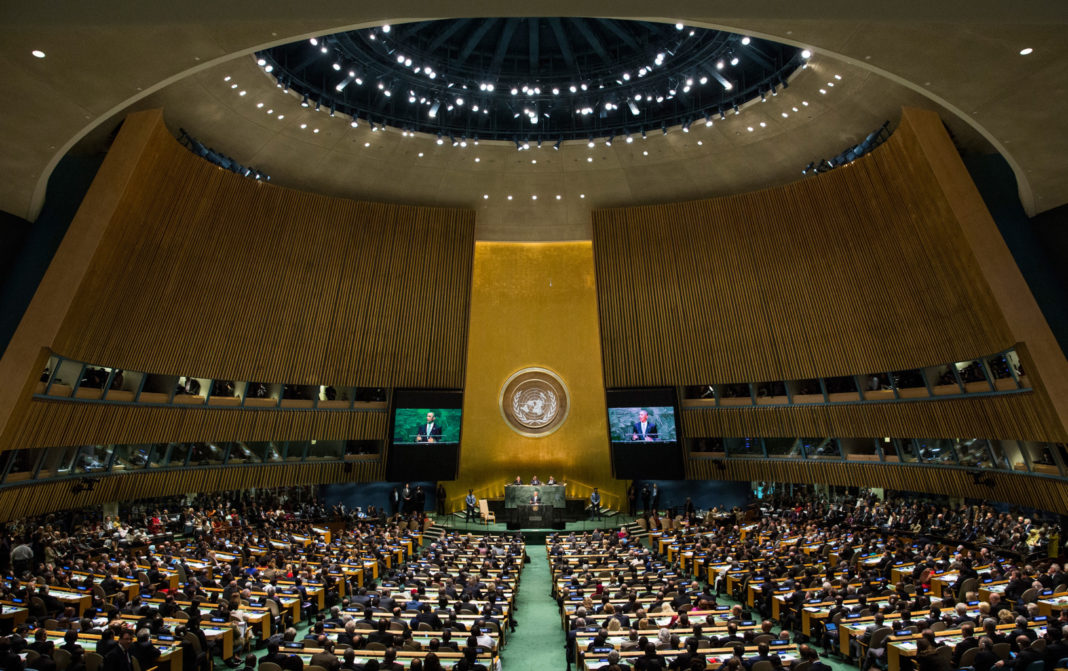 Palestinian Authority President Mahmoud Abbas is expected to formally apply for the upgraded status at the United Nations General Assembly on November 29.

“The recent conflict proved beyond any doubt that the Palestinian Authority does not meet the criteria of statehood as it exercises absolutely no authority over part of its territory and is not ‘peace seeking’ as is required of any nation according to the United Nations Charter,” Kantor said.

The EJC believes that accepting the upgrade only a few days after the recent conflict in Gaza and southern Israel would be used to open another front against Israel.

“Palestinian Authority officials have often repeated that their only gain and primary motive for seeking the upgrade is to promote ‘Lawfare’ against Israeli leaders and military officials, in spurious legal cases in the international court system,” Kantor said.

“Abusing the United Nations system merely to use it as a tool to attack another nation should not be awarded, and certainly not as a reward.”

“Furthermore, the upgrade may be given to Abbas, but eventually it will be handed to Hamas, a European Union designated terrorist organization which deliberately targets civilian population centers, including schools and kindergartens, and seeks the obliteration of a full member state,” he said.

“The abject instability and bouts of violence which erupt perpetually within the Palestinian leadership requires a rethink whether national status would contribute towards lessening the volatility on the ground,” Kantor stressed.

“Anyone who believes in Israel’s right to self-defense and endurance as a nation must withhold their consent to the Palestinian upgraded status at this time,” Kantor continued.

“Those who believe they are furthering the peace process should be aware that they are hammering a nail into its very coffin and the Palestinians will understand there is nothing to be gained from the negotiations table and everything to be gained in internationalizing the conflict.”

The European Parliament last week expressed its support for the Palestinian bid but a common EU position of the member states on the issue is unlikely as several states have already expressed their opposition to the Palestinian “unilateral move” and have rather called on Israel and the Palestinians to resume direct talks.