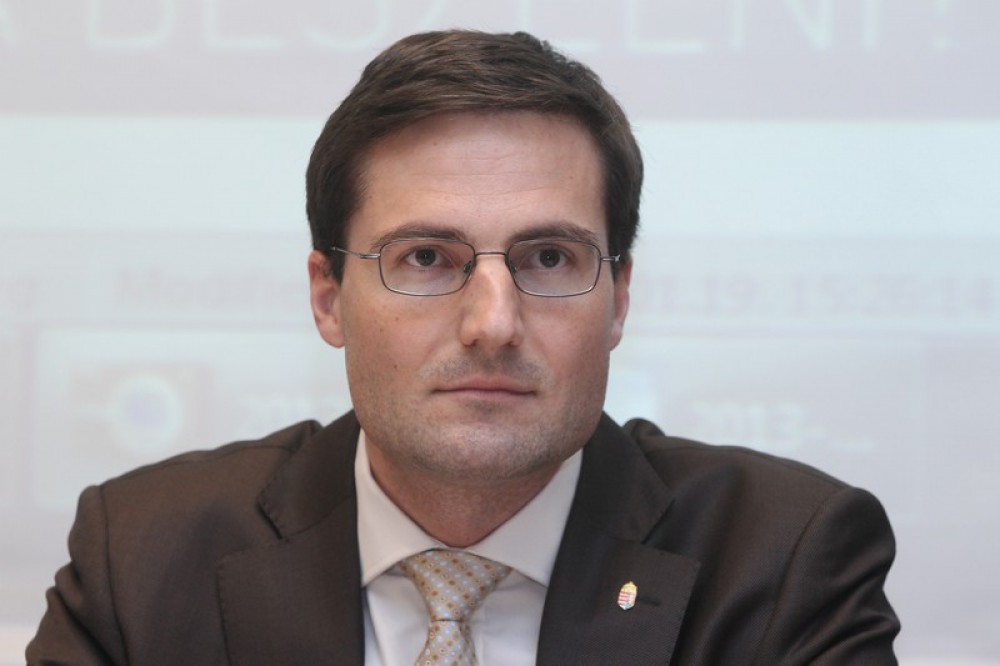 A Hungarian politician is facing a backlash after calling Jews a “national security risk” and suggesting a registry list of all Jewish citizens living in the nation.

Marton Gyongyosi is a member of the Jobbik party, which has received heat in recent months for similarly anti-Semitic comments. Many in the Jewish community categorize Jobbik as a neo Nazi group.

“I know how many people with Hungarian ancestry live in Israel, and how many Israeli Jews live in Hungary,” Gyongyosi, Jobbik’s deputy parliamentary group leader, told parliament. “I think such a conflict makes it timely to tally up people of Jewish ancestry who live here, especially in the Hungarian parliament and the Hungarian government, who, indeed, pose a national security risk to Hungary.”

Gyongyosi has since apologized for the remarks, saying he was not referring to Jewish citizens, but those with dual Israeli-Hungarian citizenship.

“I am a Holocaust survivor,” Gusztav Zoltai, executive director of the Hungarian Jewish Congregations’ Association, told Associated Press. “For people like me this generates raw fear, even though it is clear that this only serves political ends. This is the shame of Europe, the shame of the world.”

Jobbik was incredibly critical of Israel during the recent operation in Gaza, and Gyongyosi allegedly asked parliament why the government sided with Israel and not the Palestinians during the conflict.

“Either they place boundaries on hate speech and incitement to violence within representative parties in their parliaments or it will lose its moral compass,” said European Jewish Congress President Moshe Kantor. “We demand outrage from senior Hungarian and European Union officials after these comments. Refraining from a wide-scale outrage will leave the Jewish community feeling there is acquiescence that this constitutes acceptable speech and parliamentary conduct.”

The Hungarian government distanced itself from Gyongyosi’s remarks, saying it “strictly rejects extremist, racist, anti-Semitic voices of any kinds and does everything to suppress such voices.”

Jobbik is the third largest political party in Hungary’s government, winning 40 seats in the last election, which surprised many in parliament.