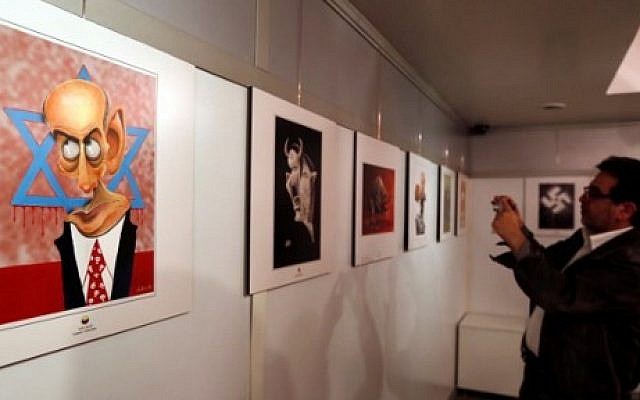 European Jewish Congress calls on international community to condemn a festival of caricatures initiated by Iran in effort to deny Holocaust.

President of the European Jewish Congress (EJC), Moshe Kantor, called on the international community to condemn a festival of caricatures in Tehran initiated by the Iranian regime in an effort to explicitly deny the Holocaust.

“Once again the Iranian regime is inciting against the Jewish People, denying genocide while actively preparing the means, through their illicit nuclear weapons program, to threaten the Jewish state with violent destruction,” Kantor said.

“We expect little of such a rogue regime. However, we do expect the international community to look at this latest incitement and place it within the context of their active pursuit of weapons of mass destruction,” he said.

Iran said it was organizing the festival in protest against French satirical magazine Charlie Hebdo’s plan to publish a comic book on the life of Muhammad.

The first festival took place several years ago in response to the crude publications of a Danish magazine against the prophet of Islam.

“One can not separate the rabid incitement, the calls for ‘death to Israel’ and the means to pursue this aspiration,” Kantor added.