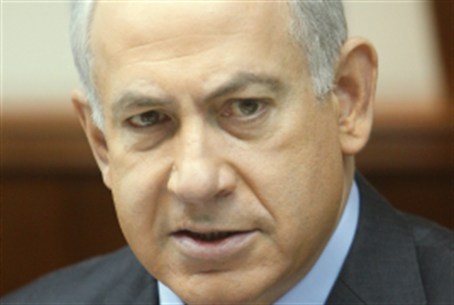 The EJC has demanded an apology from the Sunday Times for its abhorrent cartoon depicting PM Netanyahu building a wall on Arab bodies.

The European Jewish Congress has demanded an apology from the Sunday Times for its abhorrent cartoon that depicted Prime Minister Binyamin Netanyahu building a wall on the bodies of ‘Palestinians’, portraying their blood as cement.

“This cartoon would be offensive at any time of the year, but to publish it on International Holocaust Remembrance Day is sickening and expresses a deeply troubling mindset,” said President of the European Jewish Congress, Dr. Moshe Kantor. “This insensitivity demands an immediate apology from both the cartoonist and the paper’s editors.”

“Amazingly, as this cartoon was published days after the only democracy in the Middle East, Israel, underwent fully democratic elections, as others in the Middle East were being butchered by the tens of thousands, the Sunday Times focuses its imagination solely on the Jewish State.”

“This contravenes many of the criteria laid out in EUMC’s [The European Monitoring Centre on Racism and Xenophobia] Working Definition of Anti-Semitism and is part of a worrying trend to legitimize the growing assault on Israel by opinion-shapers,” Kantor concluded

The Commentator, which first reported the abhorrent cartoon, wrote that while International Holocaust Memorial Day, commemorated on January 27, is a day to remember the six million Jews who were brutally murdered during the Holocaust, it is being transfigured “into a day that ‘the Jews’ or ‘Israel’ (for they will use these terms interchangeably), are to be attacked or set up, completely leaving behind the idea that the country came into existence in the wake of the greatest single crime in history.”

“The cartoon will be defended as fair comment about Israel’s security fence that the Palestinians and their foreign cheerleaders depict as a war crime,” writes Jonathan Tobin of Commentary Magazine. “That this strictly defensive measure was made necessary by the Palestinians’ campaign of suicide bombings that cost the lives of a thousand Jews in the last decade goes unmentioned.”

“The willingness of Israel-bashers to appropriate the Holocaust to promote a new generation of anti-Semitic imagery is rooted in a worldview in which the actions of the Palestinians, or their consistent refusal to make peace, are irrelevant,” Tobin explains. “If even a fence to keep out suicide bombers can be seen as criminal then it is obvious that no terrorist outrage or act of hateful incitement (such as the Egyptian president’s belief that Israelis are the “descendants of apes and pigs”) is worthy of censure so long as Israelis are standing up for themselves and refusing to be slaughtered as the Jews of Europe were 70 years ago.”

“The point is most Israelis have long given up on the Palestinians, whom they rightly understand to be light years away from the sort of sea change that would allow them to recognize the legitimacy of a Jewish State no matter where its borders were drawn. So, too, do they no longer listen to a Europe where blood libels like the Sunday Timescartoon are seen as commonplace and just a more sophisticated version of Morsi’s hate speech,” he continues.

“Israel is not perfect and its politicians can be criticized,” writes Tobin. “But this commemoration of Europe’s Holocaust Memorial Day with such slanders shows the inability of those who believe Israel has no right to exist or to defend itself to discuss the Israeli-Palestinian dispute without resorting to imagery like that of the cartoon or Morsi’s imprecations. Though Israel-bashers claim labeling them as anti-Semites is unfair, their reflexive use of Nazi-like blood libels illustrates the link between anti-Zionism and anti-Semitism better than any argument their opponents can muster.”