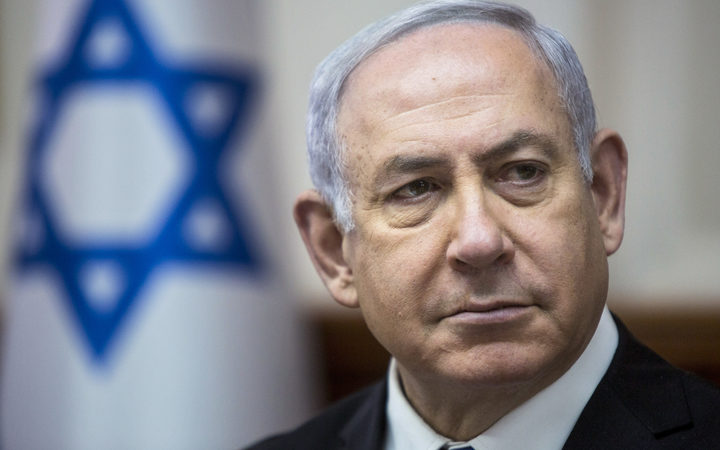 Cartoon depicts Prime Minister Benjamin Netanyahu building a wall on top of Palestinians with their blood standing in for cement.

The European Jewish Congress on Sunday demanded that the Sunday Times apologize for publishing a cartoon depicting Prime Minister Benjamin Netanyahu building a wall on top of Palestinians with their blood standing in for cement.

The uproar that erupted over the cartoon was particularly offensive due to its publication on International Holocaust Remembrance Day.

Dr. Moshe Kantor, president of the European Jewish Congress, a democratically-elected representative organization of European Jewry, condemned the contents of the picture and the timing of its publication:

“This cartoon would be offensive at any time of the year, but to publish it on International Holocaust Remembrance Day is sickening and expresses a deeply troubling mindset,” Dr. Kantor said. “This insensitivity demands an immediate apology from both the cartoonist and the paper’s editors.”

“Amazingly, as this cartoon was published days after the only democracy in the Middle East, Israel, underwent fully democratic elections, as others in the Middle East were being butchered by the tens of thousands, the Sunday Times focuses its imagination solely on the Jewish State. This contravenes many of the criteria laid out in EUMC’s Working Definition of Antisemitism and is part of a worrying trend to legitimize the growing assault on Israel by opinion-shapers.”

The Anti-Defamation League also condemned The Sunday Times, calling upon the newspaper to apologize for its “gross insensitivity” for publishing “a cartoon with a blatantly anti-Semitic theme and motif which is a modern day evocation of the ancient ‘blood libel’ charge leveled at Jews.”

Speaking to The Algemeiner, ADL International Affairs Director Michael A. Salberg added, “This is the stuff which historically justified hatred of Jews and led to the wholesale slaughter of Jews.”

Memorial services were held worldwide on Sunday to commemorate International Holocaust Remembrance Day. The United Nations in 2005 designated January 27 as a yearly memorial day for the victims of the Holocaust – 6 million Jews and millions of other victims of Nazi Germany during World War II. The day was chosen because it falls on the anniversary of the liberation in 1945 of Auschwitz, the Nazis’ most notorious death camp and a symbol of the evil inflicted across the continent.